Americans are fun and creative in cracking jokes. Their impeccable sense of timing is remarkable. There is a blissful euphoria across the 50 states due to their authentic sense of humor. So let us all indulge in this wonderful time reading this collection of delightful funny American jokes that will surely make us laugh so hard!

If you’re going on a trip to America or live around America. You need to see these funny American jokes, and I bet you will have a laughing moment!

Why are there hardly any knock-knock jokes about America?
Because freedom rings! 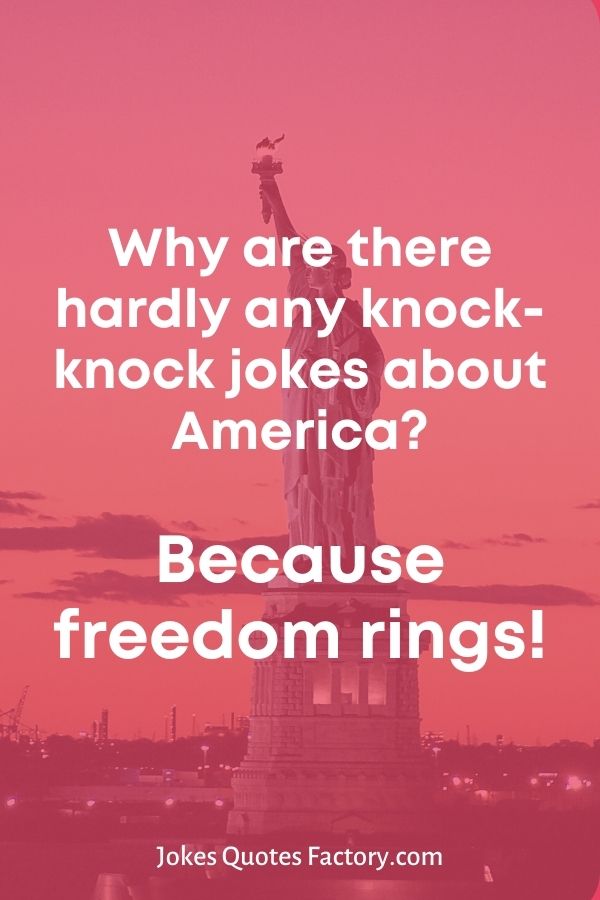 Why is everybody in Canada a lot cooler than the USA?
Because of their winter.

Where did the vampire get school supplies for his son?
Pennsylvania.

What did Biggie say after looking at the map of the United States?
“Where Brooklyn At!?”

Why did the President ban the sale of shredded cheese?
Because he wants to make America grate again.

What did Tennessee see that left it speechless?
The same thing Arkansas.

Which country and jazz instrument does Donald Trump like to play?
A Trump-et.

Why did the man get arrested for shooting a sick bald eagle?
Because it’s ill-eagle. 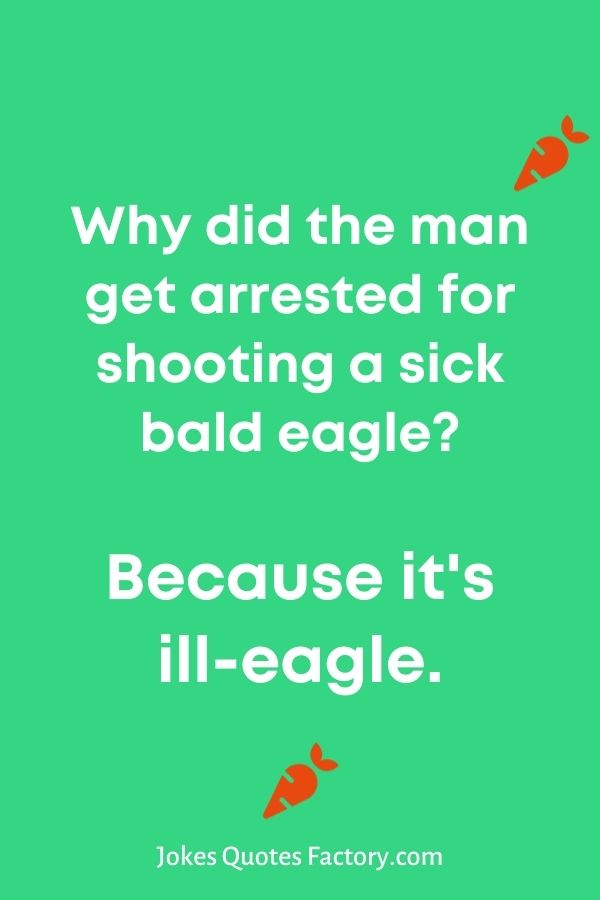 Why did the New Yorkers speak slowly to Southerners?
Because they wanted to give them the chance to catch up.

What were the famous last words of the redneck stuntman?
“Hold my beer and watch it!”

Why haven’t Americans changed their weighing method from pounds to kilograms?
Because they don’t want mass confusion!

What did the Atlantan rap duo who did hip hop covers of Queen songs call themselves?
Bohemian Rap City.

What happened to the American who went to the hospital with a broken leg?
He went broke.

Why does my friend spend one-quarter of his time playing American Football and another 25% playing Piano?
He’s a Quarterbach.

Why are there no Xbox or PCs in Pennsylvania?
Because it’s always Sony in Philadelphia.

What do a beach and an American beer have in common?
They’re both close to water!

Why are there no more minerals on the West Coast?
Because they Oregon. 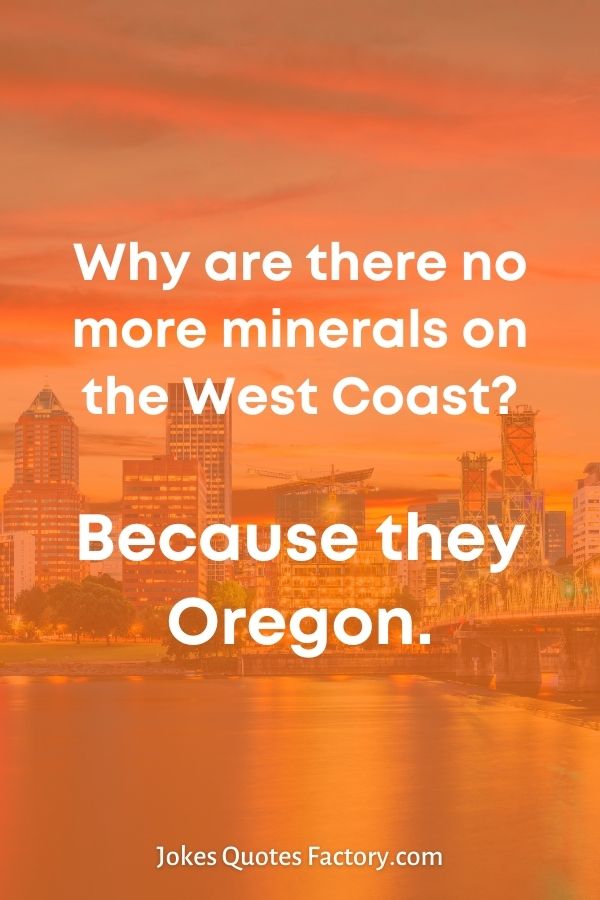 Americans have their way of making things entertaining. Here are our lists of American jokes one-liners, which break the ice in your surroundings! So check it out now, before it’s too late.

How many northerners does it take to change a lightbulb?
Hella.

What do you call it when a southerner commits treachery?
Betra-y’all.

Why are national anthems so grounded and seem ancient?
Well, they are basically just Country music!

Why did the Country musician lose his sponsorship with Coca Cola?
Because his songs weren’t pop enough for them!

What would happen if Keith Urban became obsessed with Country music?
He would change his name to Keith Rural!

How many Country singers do you need to change a lightbulb? Two.
One to change it and the other to sing about the good times they had with the old bulb.

What do you get when you play Country music backwards?
Your entire life back.

Why aren’t tubas used in Country music?
Because they’re made of heavy metal. 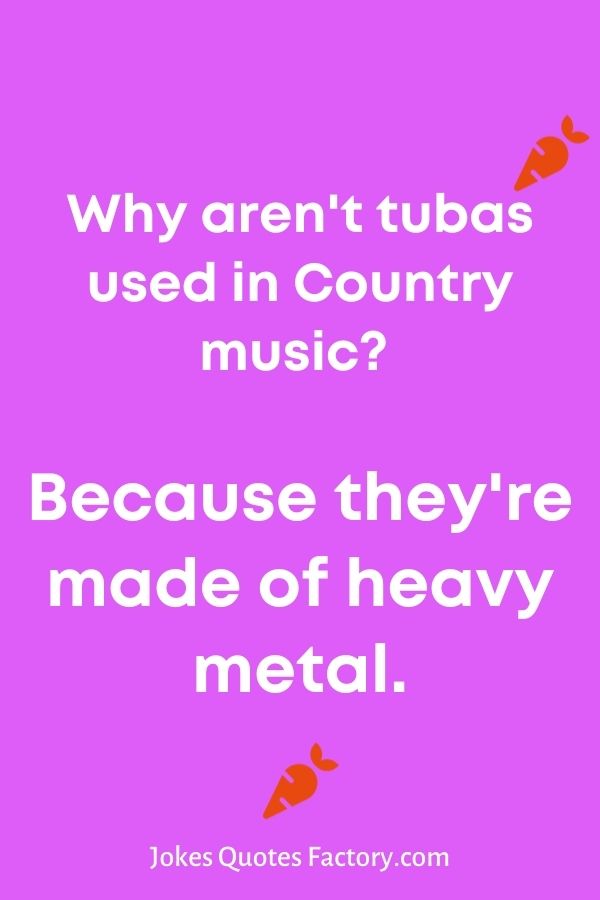 Why was there a long line at the southern restaurant?
Because an offer was going on for the Barbequeue.

Why were the people at the bar confused by the Spanish southerner?
Because he kept talking in Espan-y’all.

My friend asked me, “Is Africa by Toto country music?”
“Continent music,” I replied.

How do you know the Grammys is rigged if a Country singer wins an award?
Because it’s not a fair exchange.

What did the Country music fan name the playlist of his favorite country songs?
Johnny Cache.

Why was the cowboy let go from his work?
Because he was de-ranged.

What do you call a sleeping bull at the rodeo?
A bulldozer. 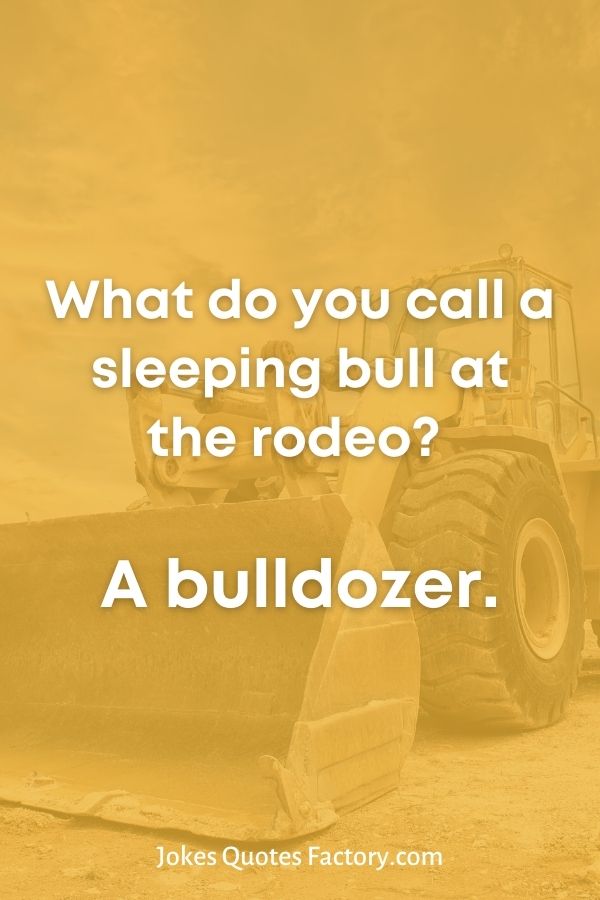 Did you hear about the Southern Viking who died?
It is believed he went to Y’allhalla.

Why did the Southerners buy a bullring in southern France?
Because there was nothing Toulouse.

What did the Country singer who liked Indian food name herself?
Curry Underwood.

Why is Taylor Swift not a fan of the West?
Because the last time she came in contact with a West, she was told she wasn’t worthy of her award.

Why didn’t the southerner couple let their children listen to Jazz music?
Because of all the sax and violins!

What’s the similarity between a tornado and a southern divorce?
Someone is going to lose their trailer.

All of us want a good joke to have fun. Nevertheless, we’ve got you the short funny jokes about Americans that will make you and your friends giggle!

What did the cowboy choose as his Twitch Username?
Jolly Rancher. 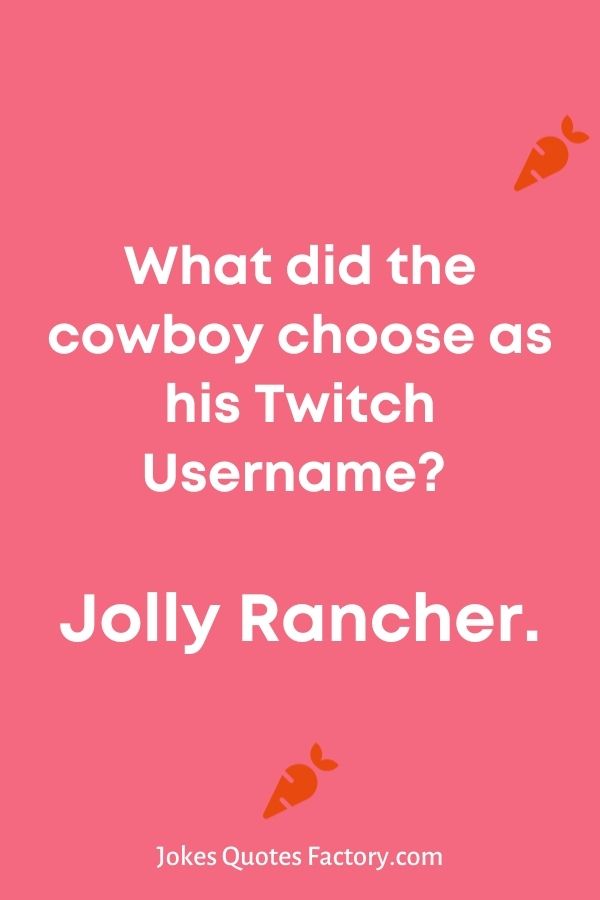 How was the airport security in Los Angeles?
Quite LAX.

What did Delaware do for the football match?
Her New Jersey.

What fruit do Californians hate?
STRAWberry.

What do you call a bee that lives in America?
A USB.

You want some more funny American jokes? If you’re going on a night out with the boys, you need to pack some jokes around to impress them. That’s why we’ve compiled these funny man jokes for you to have a good time!

A turtle is crossing the road when he’s mugged by two snails.
When the police show up, they ask him what happened.
The shaken turtle replies, “I don’t know. It all happened so fast.”

A poodle and a collie are walking together when the poodle suddenly unloads on his friend.
“My life is a mess,” he says.
“My owner is mean, my girlfriend ran away with a schnauzer, and I’m as jittery as a cat.”
“Why don’t you go see a psychiatrist?” suggests the collie.
“I can’t,” says the poodle. “I’m not allowed on the couch.”

A man is walking in a graveyard when he hears the Third Symphony played backward.
When it’s over, the Second Symphony starts playing, also backward, and then the First.
“What’s going on?” he asks a cemetery worker.

These hilarious dirty, funny jokes are never fully suitable for all ages, regardless of the situation. But if you’re brave enough to deliver a punchline, you’ll be rewarded with chuckles.

You’ve got everything I’ve been searching for, and believe me—I’ve been looking a long time.

You’re like a fine wine.
The more of you I drink in, the better I feel.

Do you know what the Little Mermaid and I have in common?
We both want to be part of your world.

I just had to tell you, your beauty made me truly appreciate being able to see.

One night I looked up at the stars and thought, ‘Wow, how beautiful.’
But now that I’m looking at you, nothing else can compare.

If I had a nickel for every time I saw someone as beautiful as you, I’d still only have five cents.

I hope you know CPR, because you just took my breath away!

So, aside from taking my breath away, what do you do for a living?

I ought to complain to Spotify for you not being named this week’s hottest single. 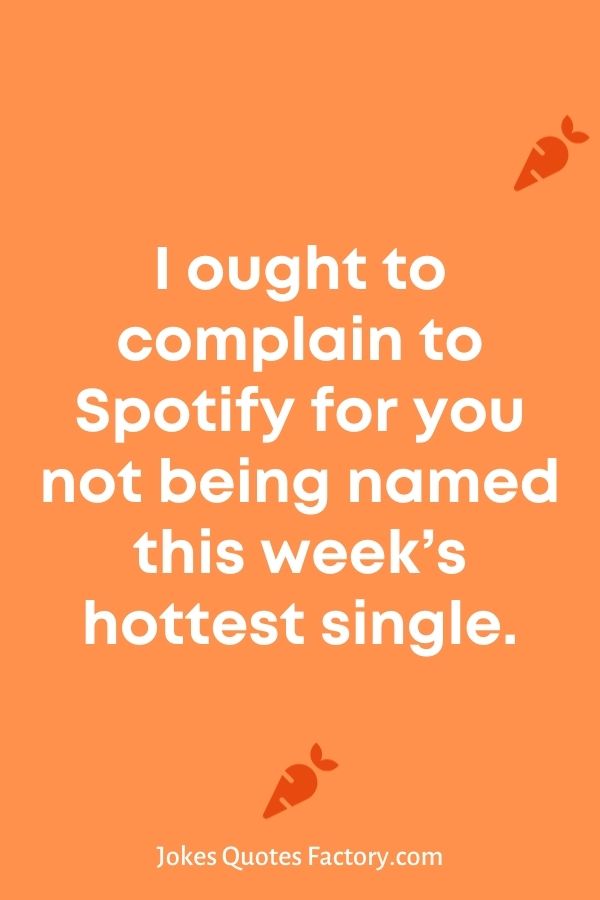 I’d like to take you to the movies, but they don’t let you bring in your own snacks.

You know what you would look really beautiful in?
My arms.

What does it feel like to be the most gorgeous girl in the room?

I can’t tell if that was an earthquake, or if you just seriously rocked my world.

I would never play hide and seek with you because someone like you is impossible to find.

Are you a magician? It’s the strangest thing, but every time I look at you, everyone else disappears.

I think there’s something wrong with my phone.
Could you try calling it to see if it works?

I was wondering if you could tell me: If you’re here, who’s running heaven?

America is a fun country. It is a country that is full of laughter and excitement. The American sense of humor is distinct from that of the rest of the world. Because America is one of the world’s funniest countries, many people visit comedy bars and fun places like California. So if you liked these jokes for Americans, feel free to use these most hilarious jokes that can make you and your friends laugh out loud!

If you enjoyed our funny American jokes, we have more for you: