For more than a century, the New York Yankees have been a beloved American baseball team. They are a professional baseball team from New York City in the United States. The Yankees are a part of the American League East division in Major League Baseball.

Why do the Yankees lose so many day games?
Their bats only wake up at night. 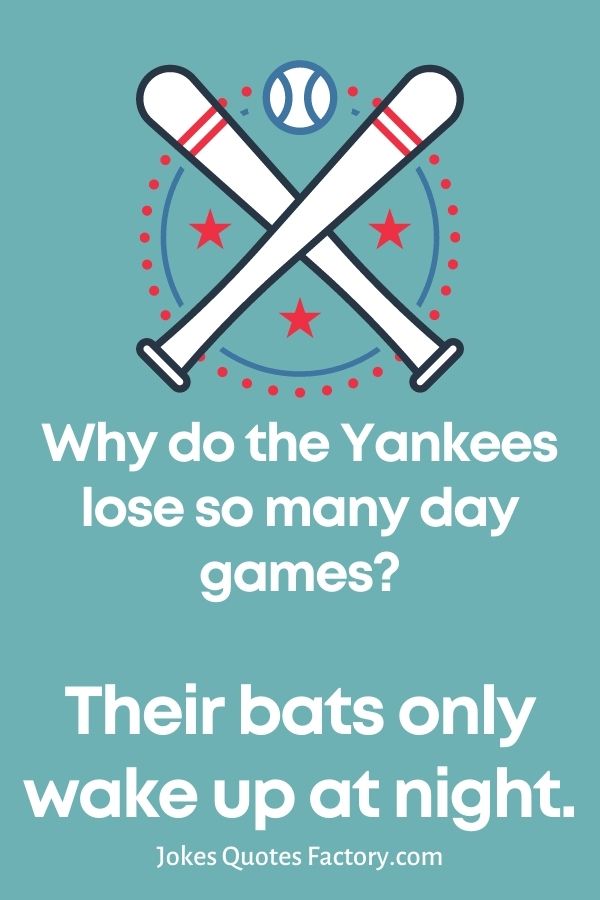 Who gives the NY Yankees their energy?
Luke Voit.

What’s do Luis Cessa and a professional bowler have in common?
You can count on them both to throw strikes.

Why shouldn’t toddlers wear New York Yankees jerseys?
It would be a choking hazard.

Why should you take Mariano Rivera camping with you?
To pitch the tent.

Which famous Yankees pitcher laid the most eggs?
Goose Gossage.

What’s the definition of a yankee?
It’s like a quickee but you do it yourself.

Trump’s favorite baseball team is the Yankees.
Except during the draft, then it’s the Dodgers. 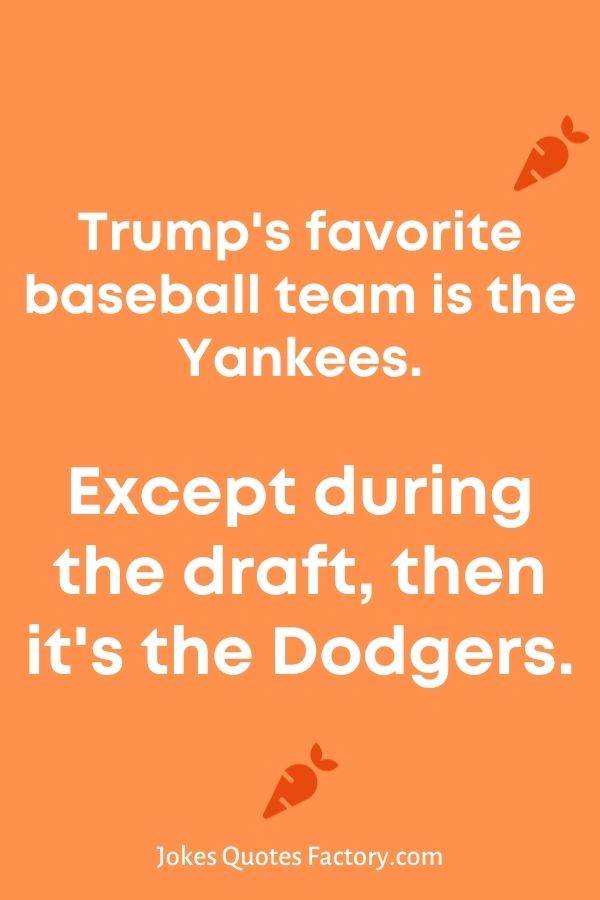 Whats the difference between a Yankee and Native American?
If you stick a feather in a Yankee’s hat, you have to call it macaroni.

How many yankees fans does it take to change a lightbulb?
None. They’ll just stand in the dark talking about how good the old one was.

What does a patriotic chicken say?
Yankee doodle doo!

What do you call an American Drawing?
A Yankee Doodle.

Laugh more here: Funny Drawing Jokes That Are So Relaxing

What is the definition of a Yankee?
Same as a quickie but you do it yourself.

Which Yankees baseball player holds water?
CC Sabathia – because he a pitcher.

I was walking in the Bronx when a black guy stopped me and said, Hey man, did the Yankees win?
I said, Yes, Of course. The South is still fighting over confederate statues though.

Why did Aaron Boone only want frogs in the outfield?
They never miss a fly. 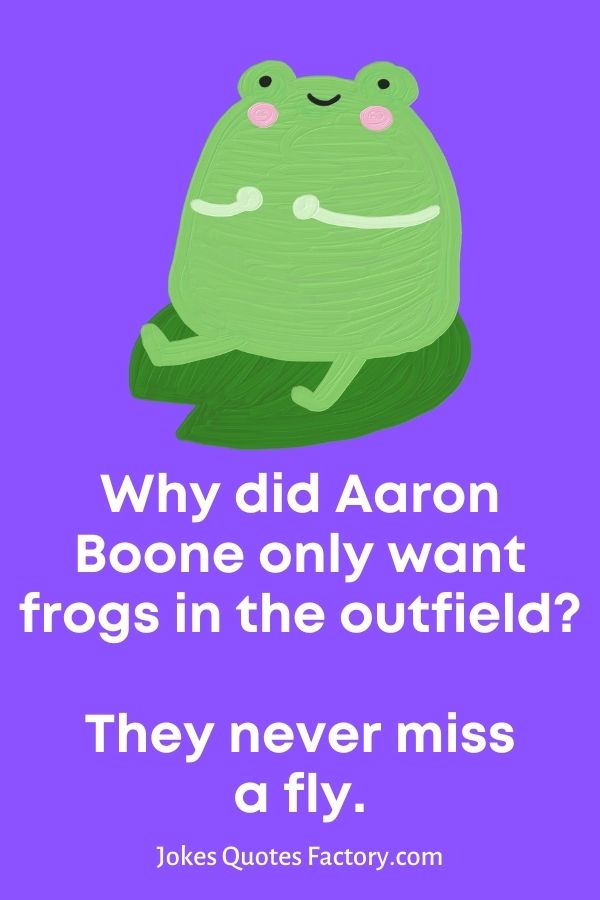 What do you get when you cross CC Sabathia with a carpet?
A throw rug.

How do New York Yankees baseball players stay cool?
By standing close to the fans.

Why was the tiny ghost asked to join the New York Yankees team?
They needed a little team spirit.

In NYC, a black guy asked me if the Yankees won.
I replied, “Yeah, man, you’re free.”

Which famous Yankees player was the MVP when camping out?
Sparkly Lyle – he could always light the campfire.

Why does Aaron Judge wear old socks when plays?
They have runs in them.

Why did Aaron Judge bring string to the game?
So he could tie the score if he had to. 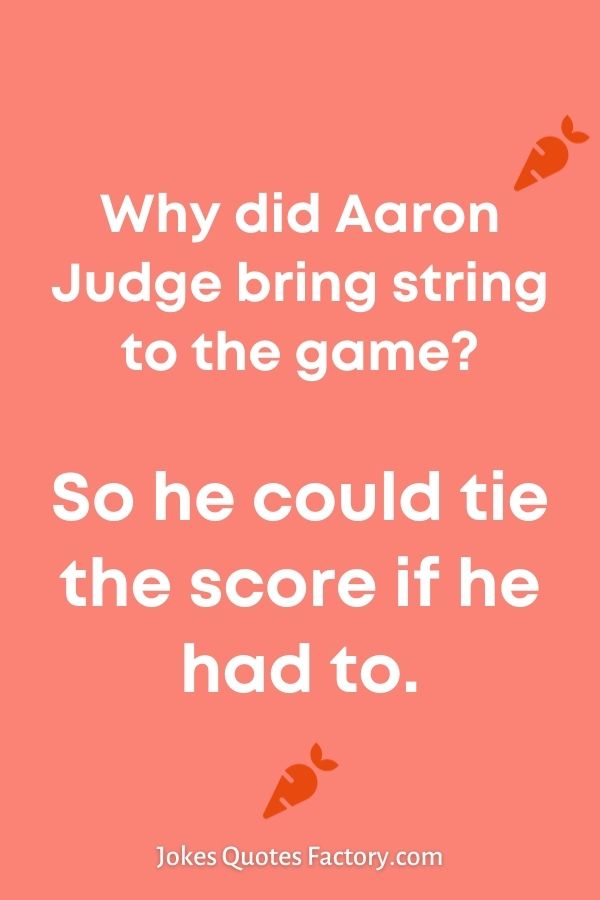 Why are some Yankee Stadium umpires overweight?
They always clean their plate.

Why did Aaron Boone want spiders to play for the Yankees?
They know how to catch flies.

Why did the police officer go to Yankee Stadium?
Someone stole second base!

Which superhero did the Yankees try to sign as their designated hitter?
Batman.

Who would be the best choice as a Yankees relief pitcher?
The mummy – because he knows how to wrap up.

What’s the silliest song to sing at Yankee Stadium?
“Take Me Out to the Ballgame” because everyone is already there!

What do young Yankees fans like about going to the park?
The swings. 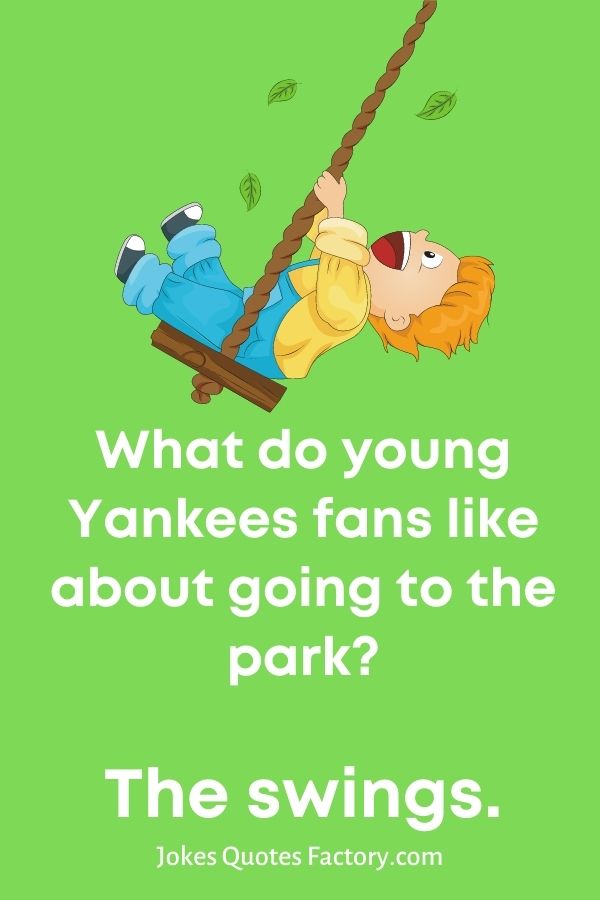 Boston is home to the Red Sox, an American professional baseball club. They are in the same division as the Yankees. So, if you’re a fan of the Boston Red Sox, this one is for you!

What is the official snack food of the Boston Red Sox and New England Patriots?
Cheat-o’s.

Why do ducks fly over Turner Field upside down?
There’s nothing worth craping on!

Why doesn’t Connecticut have a professional baseball team?
Because then Massachusetts would want one.

What is the difference between a cactus and the Red Sox dugout?
On a cactus the pricks are on the outside!

What does the Boston Red Sox manager and Alex Trebek have in common?
Both of there jobs are in Jeopardy. 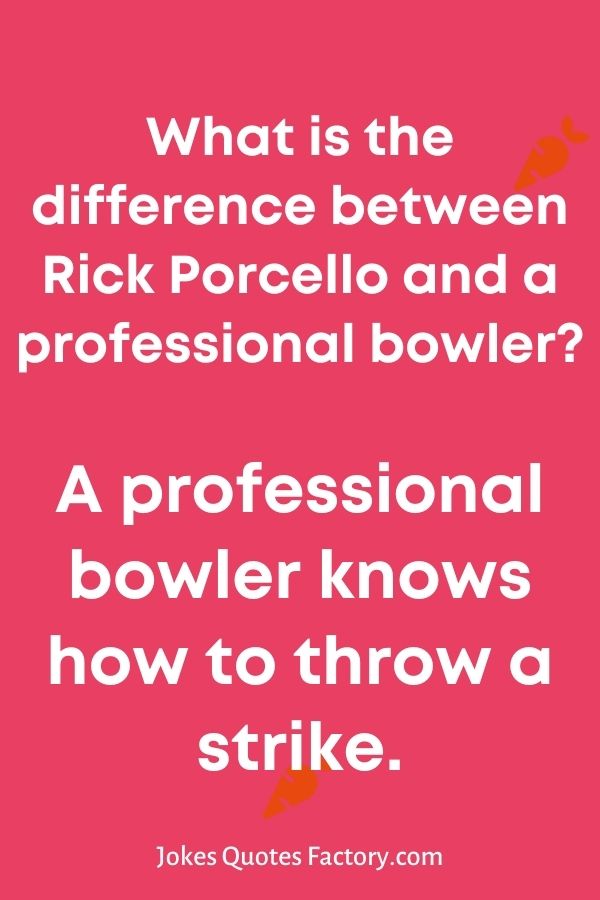 What are O.J.’s favorite baseball teams?
The Red Sox and the Dodgers.

What do the Red Sox’s stink?
Because they have Stinky Buchholz.

What is the difference between a Red Sox fan and a baby?
The baby will stop whining after awhile.

How can you tell if a Red Sox fan just sent you a fax?
There’s a stamp on it!

If you have a car containing a Red Sox shortstop, a Red Sox catcher, and a Red Sox outfielder, who is driving the car?
The cop.

How do the Red Sox spend the first week of training camp?
Studying the Miranda Rights

It’s time for baseball fans! Take a peek at what we’ve come up with to make you smile and chuckle.

What do average Red Sox fans get on their I.Q. tests?
Lots of drool. 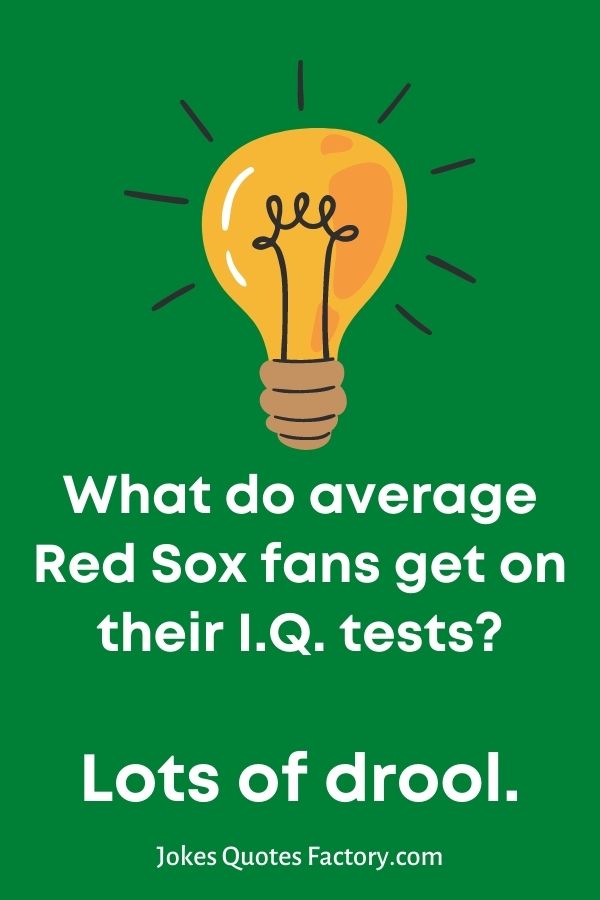 Why are the Minnesota Twins starting pitchers like orphans?
Because they don’t know where home is!

Why is Detroit trying to keep their new stadium a secret from the public?
They’re afraid the Tigers will find out where it is and try to play there.

Why do people like driving a car with a Twins fan?
Because you can park in the handicap zone!

Why did the Post Office recall their latest stamps?
They had pictures of Tigers players on them and people couldn’t figure out which side to spit on.

What’s the difference between dirt and the Minnesota Twins?
Nothing…they both always get swept.

What do the Minnesota Twins and possums have in common?
Both play dead at home and get killed on the road!

What is the difference between a Detroit Tigers fan and a pot hole?
I would swerve to avoid the pot hole!

How can you tell if a Twins fan just sent you a fax?
There’s a stamp on it! 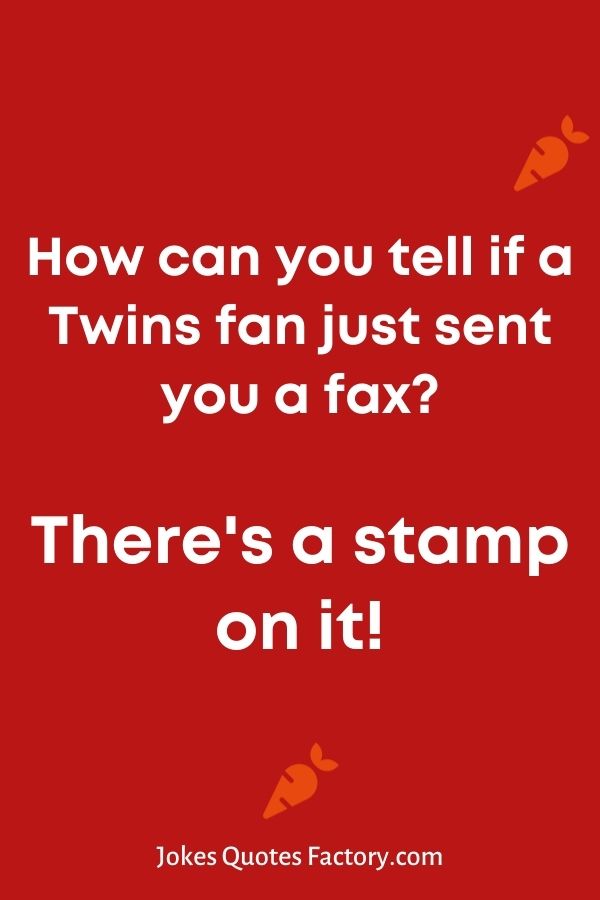 What is the difference between a bucket of shit and an Minnesota Twins fan?
The bucket.

How do you casterate an Detroit Tigers fan?
Kick his sister in the mouth.

Why can’t the Detroit Tigers use the internet?
Because they can’t get 3 W’s in a row.

Of course, we have these pick up lines for you! Make your girl giggle with these cheesy pick up lines. Don’t forget to share with friends.

After this early morning spring training workout, you wanna come be my afternoon delight?

You’re like baseball: You make me all nervous and then nothing happens.

All the other guys out there are like broken bats, I’m a good, hard wood.

Are we in the bullpen?
Cuz you’re warming me up. 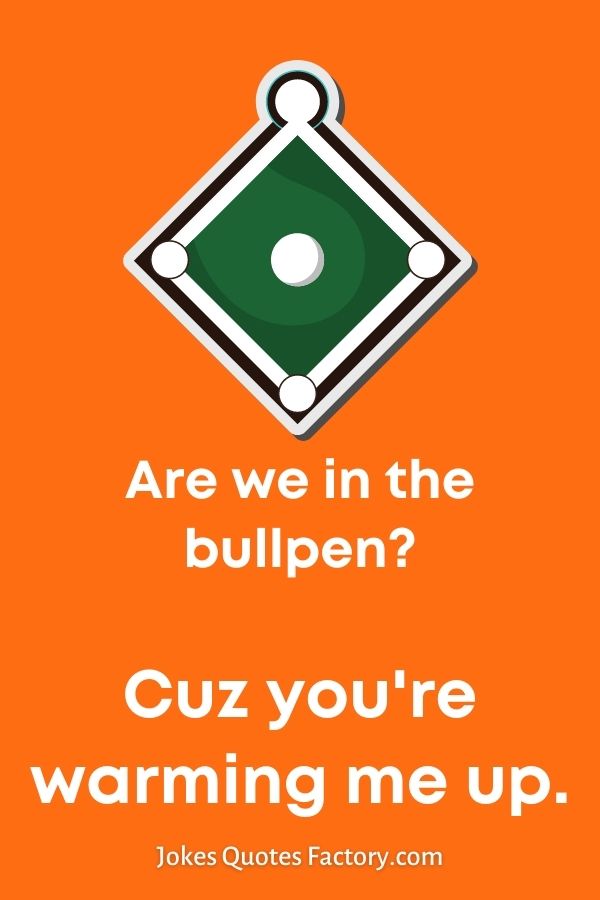 You’re getting a long one tonight, and I’m not talking about the Home Run Derby.

I’d love to join since I’m already a member of the Mr. Met fan club.
Are you accepting applications for your fan club?

Yeah girl, I could take you to the ball, or I could bring the ball to you…

Would you just take one for the team, and go out with me?

Are you Anthony Recker because I just wanna let you pull my dinger?

Two more follows and we can start the giveaway!
Come on people, I draw pretty okay too.

Are you in the on deck circle?
Cuz you’re up next (to date me).

They say I’m like John Jaso because I’m all clear to be behind your plate all summer long. 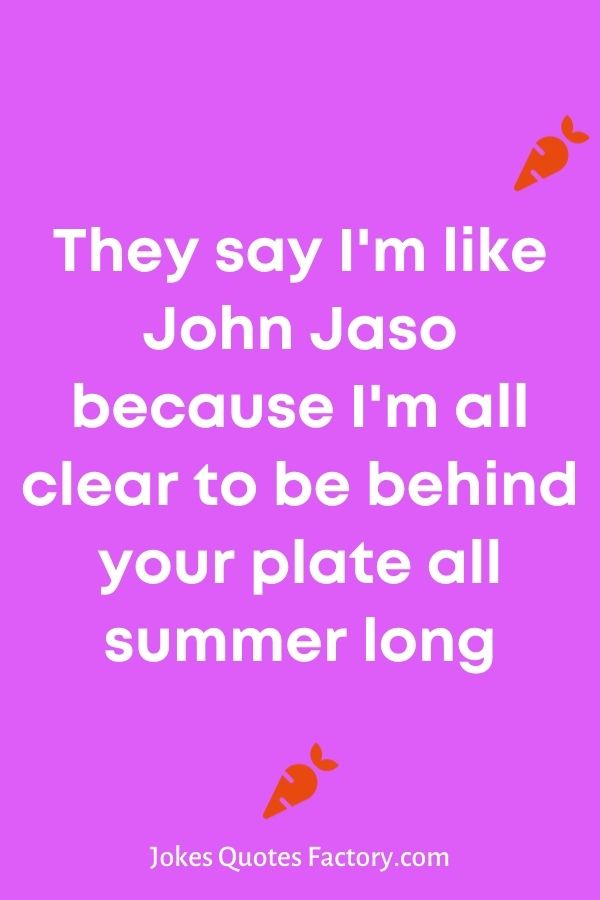 Are you in the outfield?
Because you’re an angel.

Uhhhh, my lead off’s not great, and though I may be off base, I’d like to take you on a date.

Are you Eric Sogard because there’s no way I’d ever forget your?

Are you in the on deck circle, or is that halo?

Babe, I didn’t forget about you, how bout if I call you up this September?

I know I’m out of options, but I’ll fight my way in and prove to you that I can make your team into a contender.

Are you Sonny Gray cos I just wanna stare at your curves all day.

As a baseball player, I know my way around the bases. 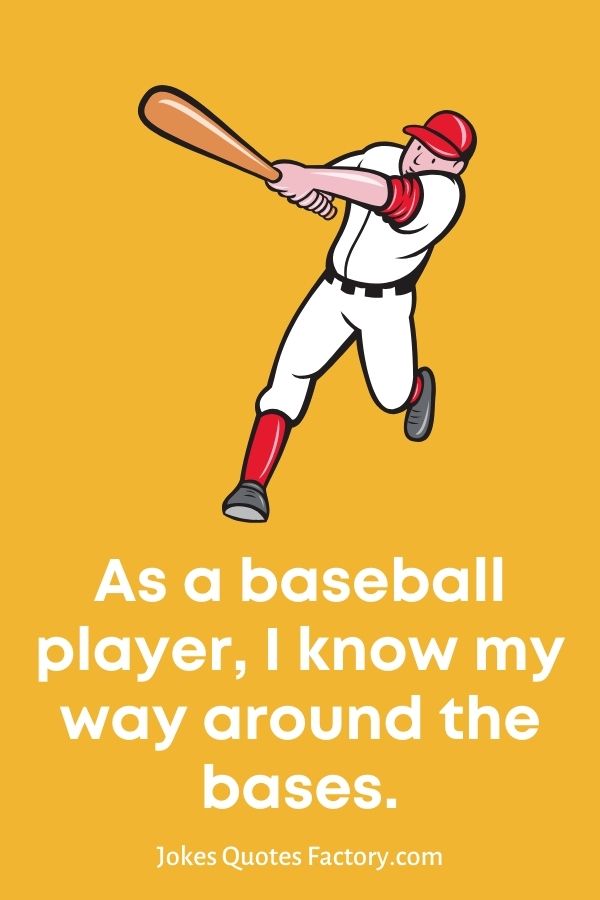 When you’re watching baseball or any other sport, it’s easy to become enraged by your opponent’s team’s play. Take a deep breath and enjoy some lighthearted fun with this collection of humorous Yankees jokes. You may also check out our other sports-related jokes. Have a blast!