This is a not very serious warning: These funny words to say will boost your humor by 97%. Whoever did this already, you’re such an amazing, wittiest, silliest, and funniest person ever! Salute to your playful mind and whatever! We’ve compiled the funniest words you’ve never heard before, or you’ve already heard, you can use it once in a while. You can also check the funny and witty jokes.

Talking about funny things to say, there is no doubt you will also love my collection of the best dad jokes of all time. They all come with a twist – obviously.

You’ll hear the silliest and wittiest words you never heard before, or you heard it but ignored it! This time around, you’ll get to listen and laugh after (for sure!) There’s no origin for this, it’s just that people are so witty, fun, and enthusiastic ever!

Someone who uses this word in a sentence is likely saying they were tricked into doing something. 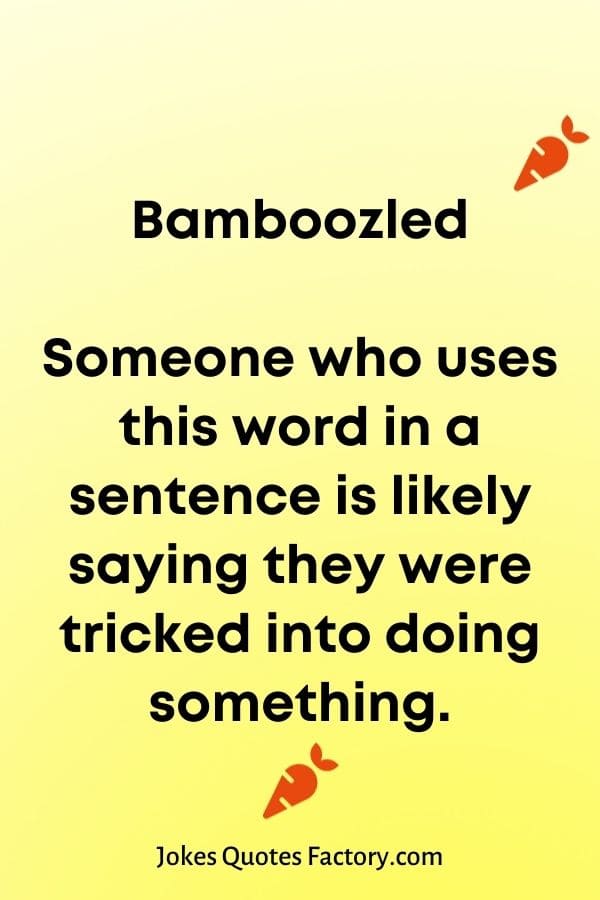 When someone is drunk, you can describe them using this silly word.

It means bogus, nonsense, or a lie.

This “word” would mean an idea that the person who came up with it thinks is brilliant, or even an epiphany, when it is, in fact, not.

This word is used when somebody is inexperienced in something, usually referring to the use of the internet or a video game.

Yes, there’s an adverb form of “friendly,” meaning in a friendly way. 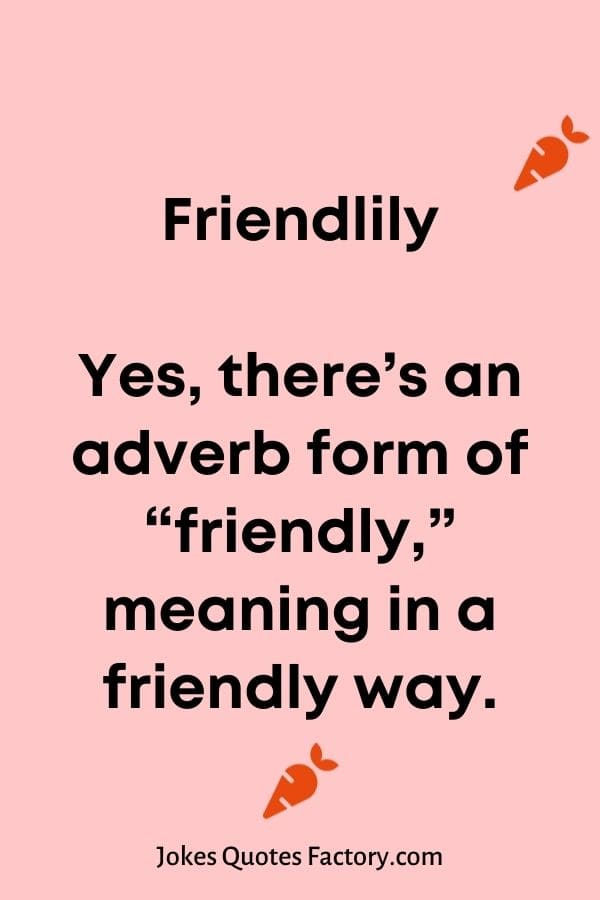 This is a cute and shortened form of the word “adorable.”

An Italian dinner menu topped with cheese? Nope. It refers to when someone mixes two different languages together.

Even more: Pizza Jokes that might make you hungry

Flatulent (having gas in the body)

A brand that sells fancy new dog toys? It’s a piece of hardware that connects a computer to another device.

A person who has trouble making a decision- big or small- is called this word. 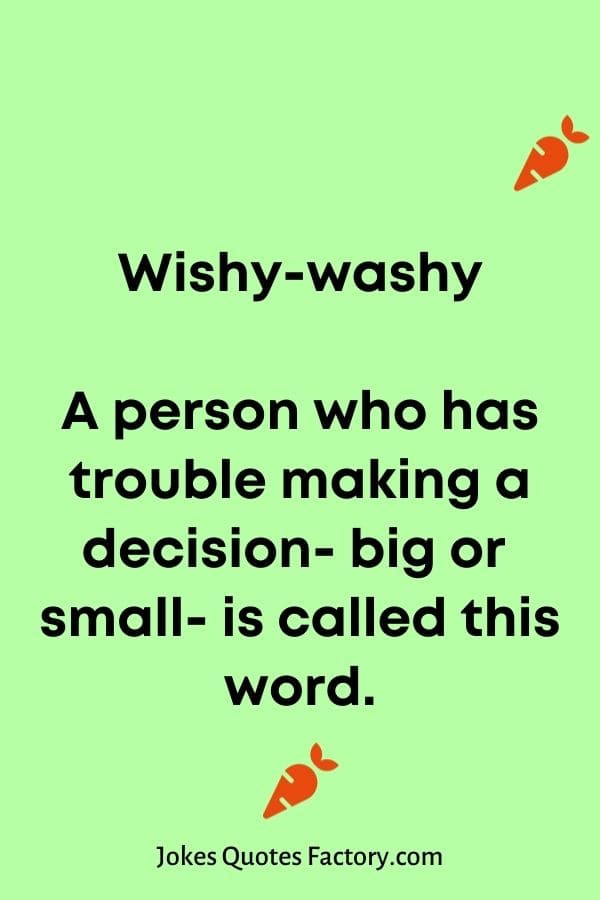 Would describe the knowledge that you’re going to regret something before you even do it.

A pronk is a weak or foolish individual.

This is a fake word—but it did actually show up in a dictionary at one point!

It’s a word that’s every bit as clever, light, and amusing as the harmless prank it’s describing. 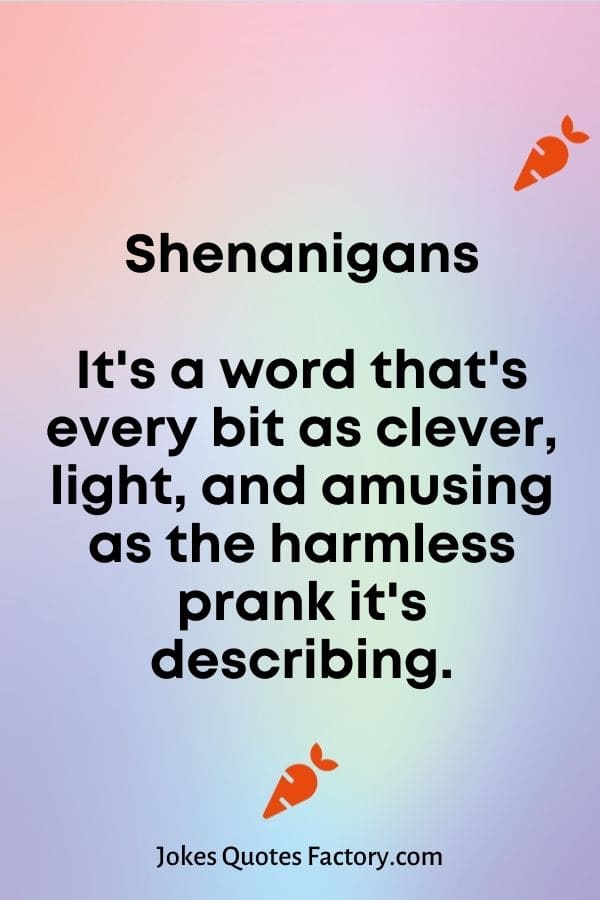 This is not creepy. This means squat or portly.

argle-bargle (slang for a verbal argument)

It means to flee or abruptly leave. Doesn’t mean doing squats in an attempt to improve your abs!

If you had a very traditional grandmother, this is the word she used to describe romantic affection. It made you giggle then and it’s still funny now.

Not the grizzly, terrifying kind! This word has nothing to do with animals. Abear means to endure

doppelganger (either of two people who closely resemble each other)

“Louis C.K. is my doppleganger” 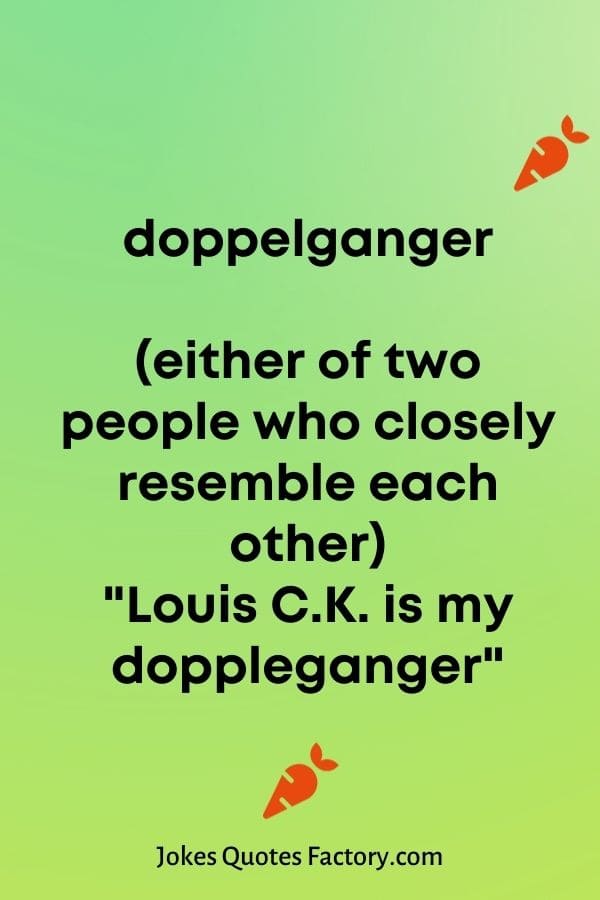 Cabotage does not mean to sabotage a taxi driver. It means the transport of goods and passengers between two places in the same country, or the right to do so.

The “haha” is literally already built into this one. Try saying it out loud without cracking a smile – practically impossible!

Not relative to Harry Potter’s basilisk monster. But describes a large quantity of igneous rock that’s crystallized below the earth’s surface.

Otherwise known as a warning cry.

Not a dirty word, nor is it a catlike creature that can swallow things ten times its size, like Marvel Comics’ “flerken.” 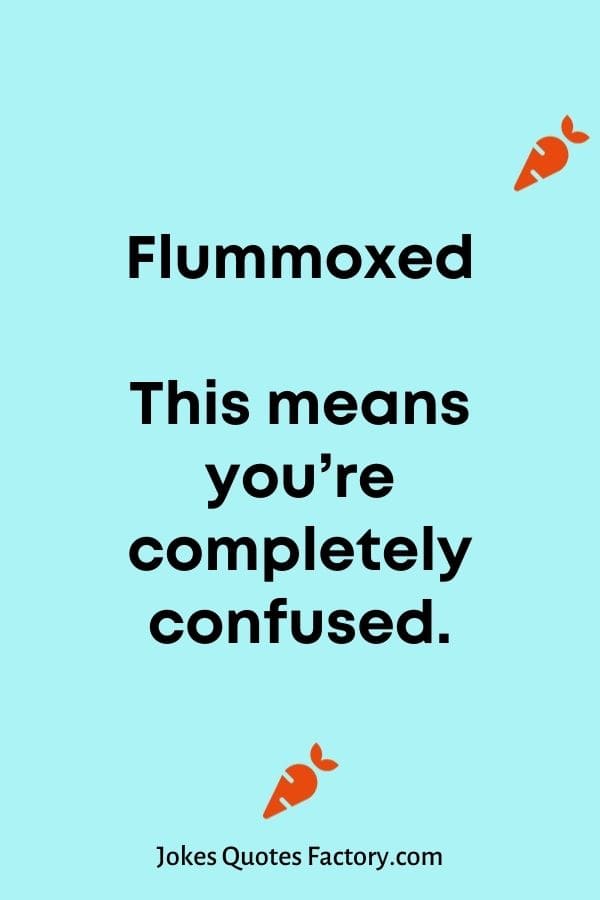 Believe it or not, this is the name of a southern-style cornbread.

Means to confuse or fluster—similar to the equally funny, but better-known, “bamboozle.”

This is what you’d call a gadget that is both a smartphone and tablet.

This is another word that means “to run away.”

This word describes a leap you do in the air when you have an arched back and stiff legs. 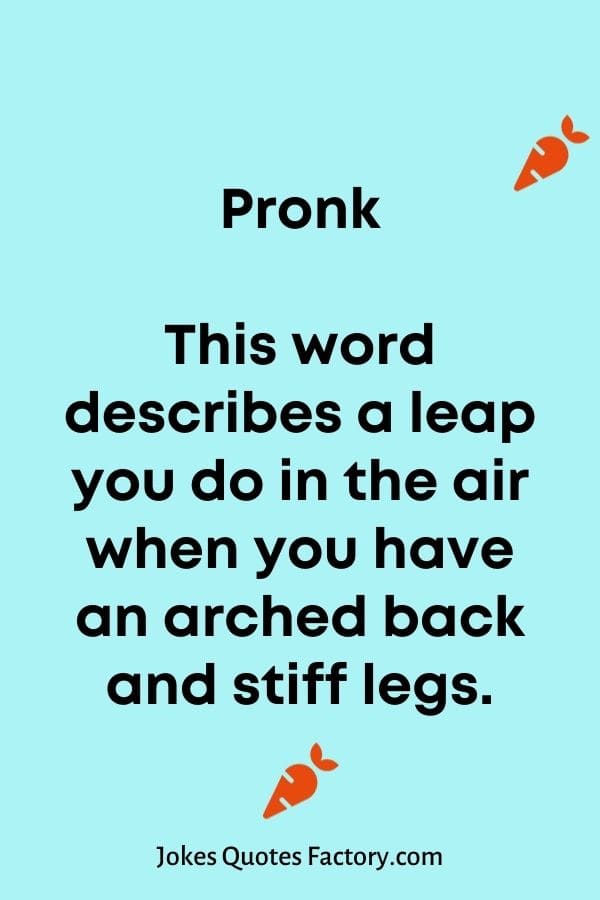 If something is “deckled,” it means it has paper edged that was cut by hand.

This is something that is not normal.

Sometimes it’s funny when people say things randomly, abruptly, or backwards. Who else couldn’t laugh on this, right?

He can write suoicodillaipxecitsililigarfillacrepus without making a single mistake.

I want to visit the krap with my kids. 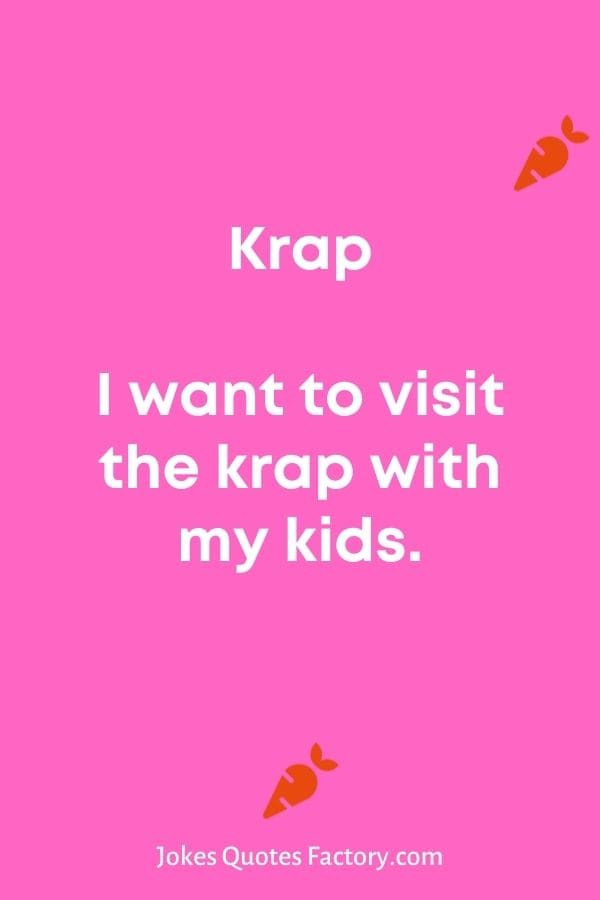 Ecilop say they have arrested twenty people following the disturbances.

My favorite color is wolley

We set a partyboob by balancing a bucket of water on top of the door so that it would fall on him when he came in.

He had a revognah, so he ordered a sandwich to settle his stomach.

She’ll pay for a pals up swanky meal for your first date. 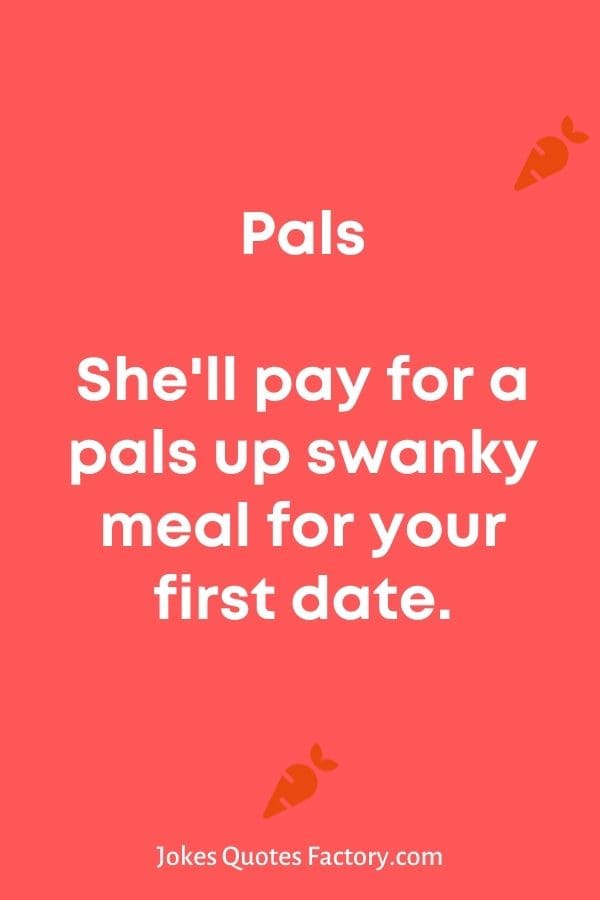 All of us want to be evil as long as possible.

The new series of Namtab will be on the airwaves at 6 pm every Tuesday.

They hired someone to answer the enohpelets.

BobEgnops flips burgers for a living at the Krusty Krab restaurant.

There will be no court duty roticilos today 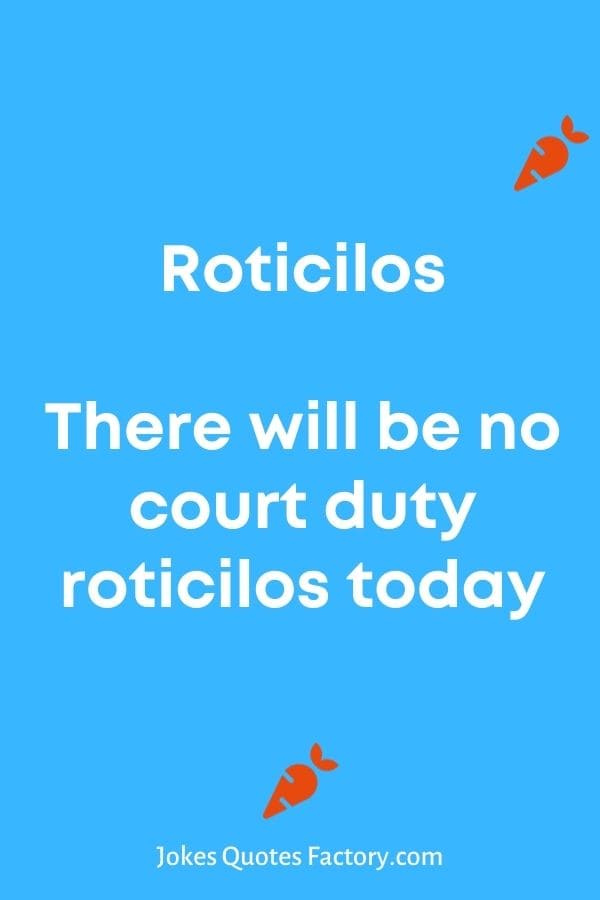 If a market is well stocked, is it called the stock market?

Is a heart attack the same as an attack of the heart? 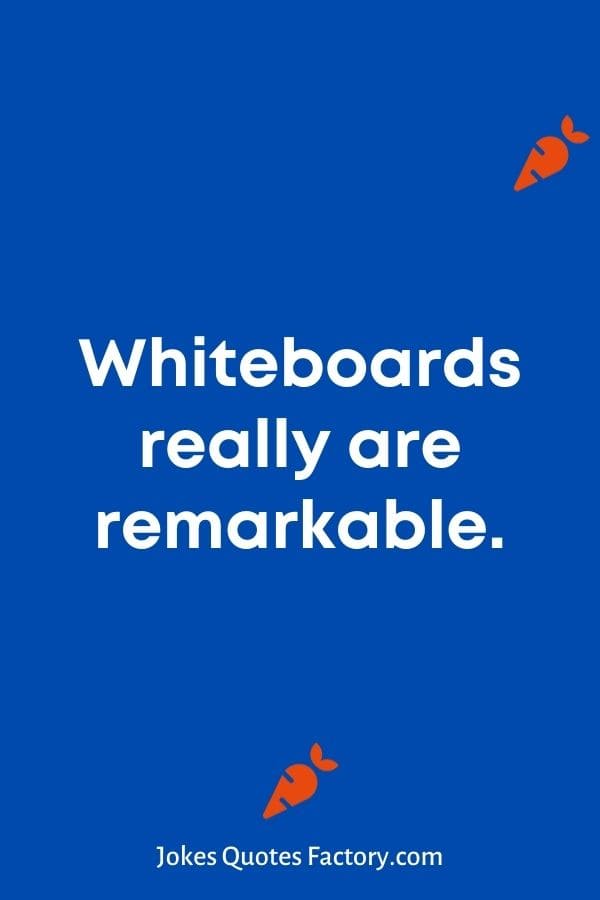 Whoever said you can’t buy happiness didn’t know where to shop!

The only thing I get out of Algebra is when I look at X and wonder Y.

Try texting someone a random word and see what happens next.

Marriage has no guarantees. If that’s exactly what you are looking for, go live with a car battery.

Sometimes I wake up grumpy. Other times, I let my wife sleep. 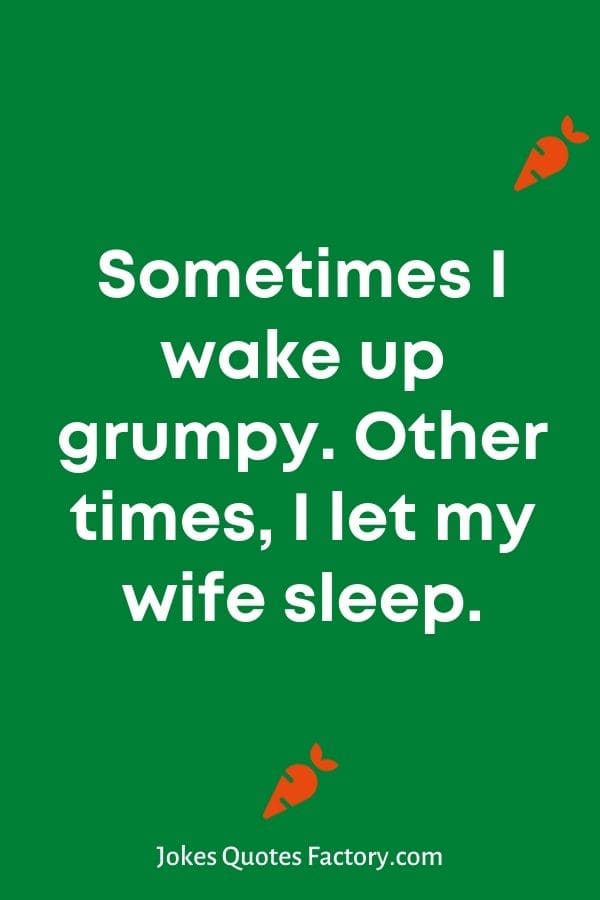 You’re in the wrong lane when everything is coming at you.

Please excuse my naivety. I was born at a very early age.

Funny Things To Say For The Love of Food

Food is LIFE, but it’s great with some sort of jokes and fun! Isn’t it?

A balanced diet simply means a having a cupcake in each hand. 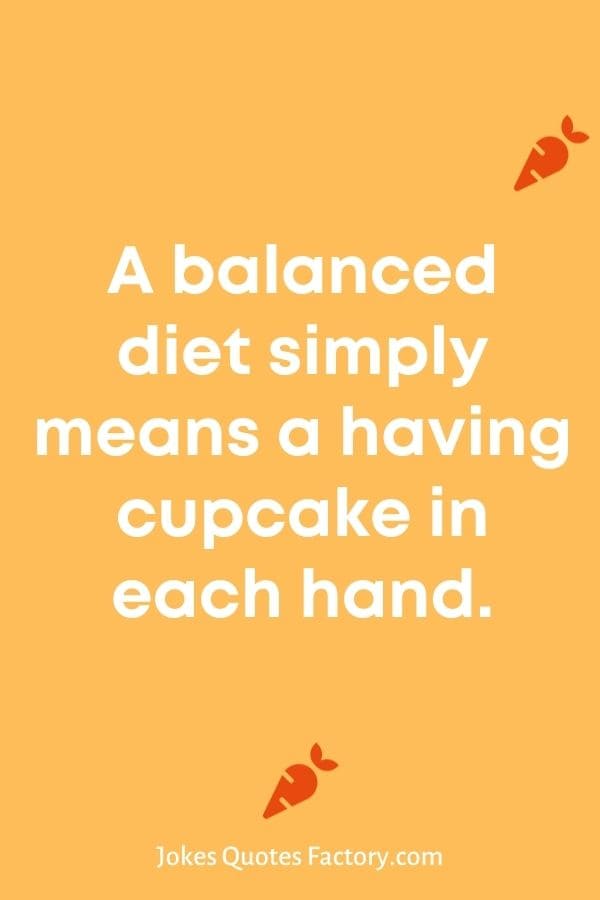 If hamburger meat makes a meatloaf, then laziness will make me-a-loaf.

I’m so glad we have brown cows, otherwise, there wouldn’t be any chocolate milk. 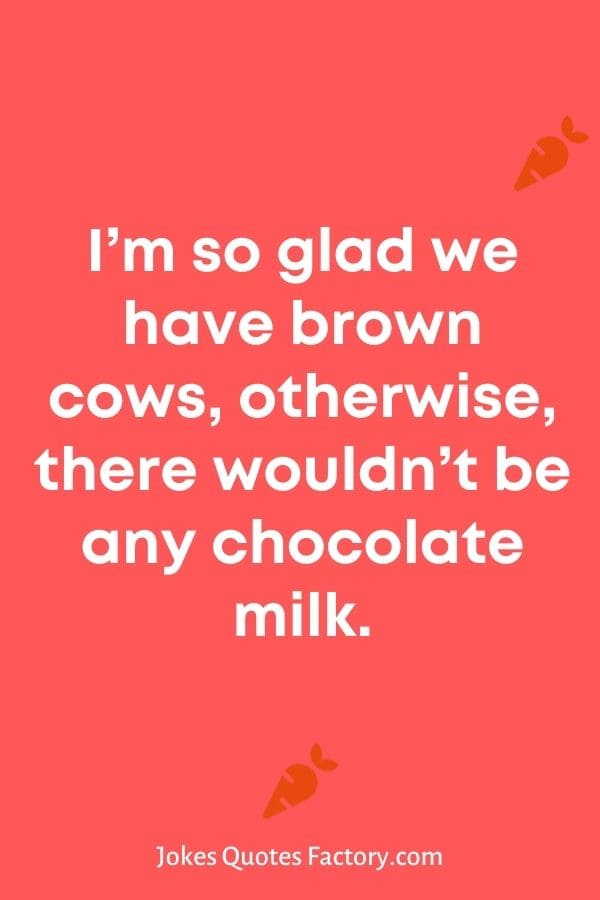 Try ordering a pizza 15 minutes before New Year, and when it arrives, yell,

“You’re late! I ordered this a year ago!”

Words are weird, but you’re going to get your vocabulary loaded after you read this, yeah? For sure, you’ll get the wittiest, funniest, and ever hilarious, far less common words you can ever get here. Find more here: 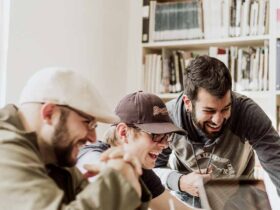 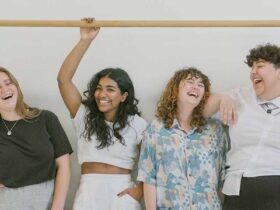