Cartoon jokes are a great way to add a chuckle or two to your day. If you’re looking for a good cartoon joke, look no further than this collection of the best cartoon jokes and cartoons on the web.

Laugh more here: Best Jokes for Kids That Are So Hilarious

You all are familiar with cartoons and funny jokes, but how many know all those funny cartoon jokes? I bet that you never knew. So here are some of them. They’re specially compiled for your viewing pleasure.

Alert! Alert! Another Monday is on its way. Wuick! Run.. FAST!

My thoughts as a soon-to-be graduate:
I don’t wanna grow up. I want cookies and milky 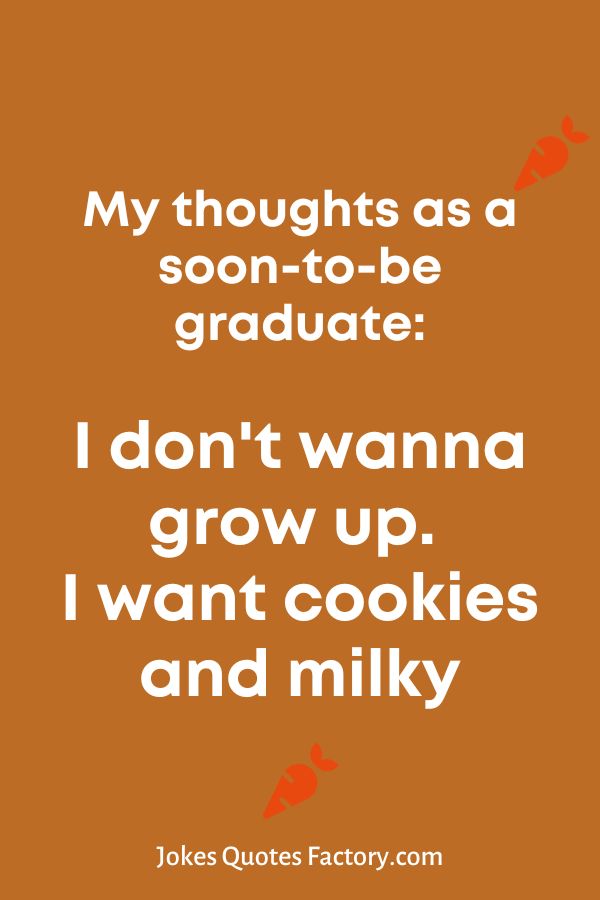 Spongebob: Patrick, you’re a genius!
Patrick: Yeah, I get called that a lot.
Spongebob: What? A genius?
Patrick: No, Patrick.

Hello, 911 Emergency. There’s a handsome guy in my house.
Wait for a second; cancel that. It’s only me. – Johnny Bravo

It may look like I’m having really deep thoughts, but 99% of the time I’m just thinking about what food I will eat later.

I smile because you’re my family. I laugh because there’s nothing you can do about it!

I’m in shape. Round is a shape.

Trying is the first step toward failure. -Mr. Simpson

“And if I catch you with Mrs. Butterworth again, I will cut off your crescent roll!” 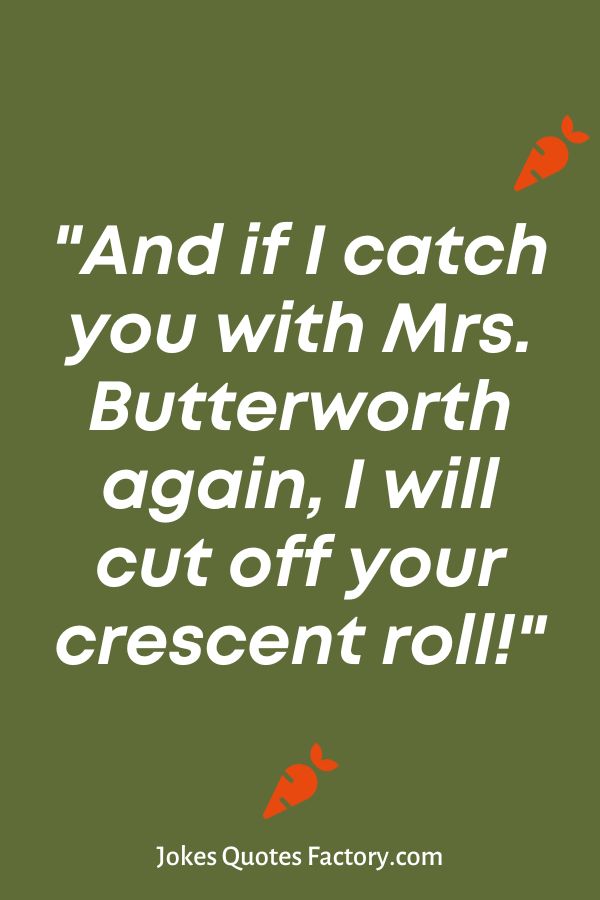 I love it when someone’s laugh is funnier than the jokes.

Charmanders are Red, and Squirtles are Blue. If you were a pokemon, I’d choose you.

Hehe! This GYM is great! It’s full of women! 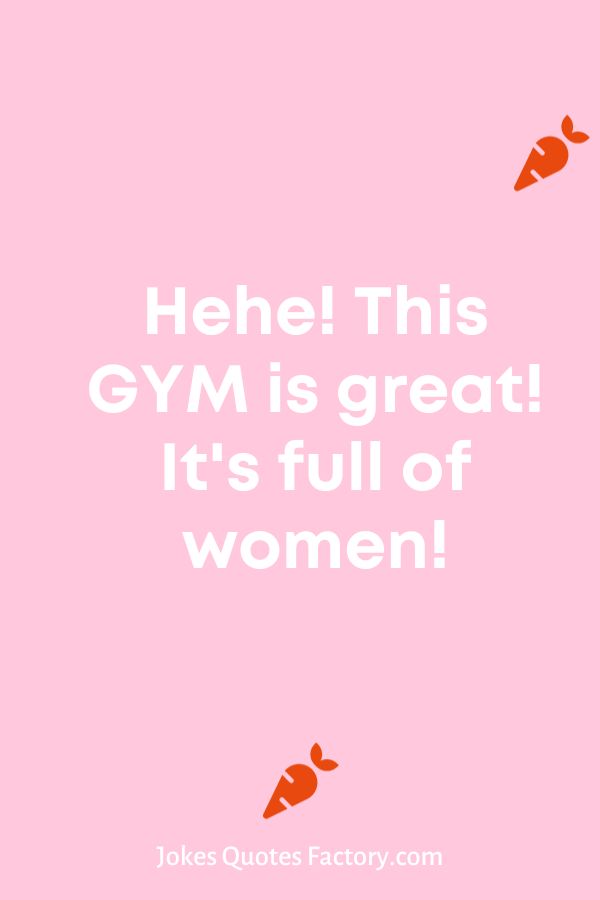 Seriously, I don’t know when exactly that UFO landed & dumped all these stupid people, but they apparently aren’t coming back for them.

I don’t want to live on this planet anymore

Professor: Nice to meet you, Robin. I’m the Professor.
Bubbles: He made us in his laboratory by accident.
Robin: It’s okay, Professor. It was an accident, too.

Here’s a compilation of famous funny lines from cartoons. There’s no shortage of funny quotes worldwide, but sometimes they’re hard to find on your own. We’ve compiled a list of common cartoon quotes and collected them into one convenient place.

“I didn’t think it was physically possible, but this both sucks and blows.” – Bart Simpson

“Don’t do anything that affects anything. Unless it turns out you were supposed to do it, in which case, for the love of God. Don’t not do it!” – Professor in Futurama

“I’m beginning to think that maybe it’s wrong to put someone who thinks they’re a Vietnamese prostitute on a bull.” – Stan in South Park

“The present may stink, but at least now we can look forward to a better yesterday.” – Fry in Futurama

“I’m normally not a praying man, but if you’re up there, please save me, Superman.” – Homer Simpson

“I’m so cold, I can use my nose drippings as chopsticks.”– Spongebob Squarepants

“The most active thing about me is my imagination.” – Garfield

“Marge, you being a cop makes you the man! Which makes me the woman — and I have no interest in that, besides occasionally wearing the underwear, which as we discussed, is strictly a comfort thing.” – Homer Simpson

“I am Cornholio; I need TP for my bunghole” – Beavis

“Don’t do drugs, kids. There is a time and place for everything. It’s called college.” – Chef in South Park

“Don’t worry, siblings. We’ll sell that nice man a box of cookies or die trying. Or try dying. Or do some tie-dyeing.” – Yakko in Animaniacs

“Why can’t they invent something for us to marry instead of women?” – Fred Flintstone

“God, I’d like to offer you this milk and cookies. If you want me to eat these for you, please give me no sign.” – Homer Simpson

Funny cartoons can be funny, no doubt about that. But the funny part is that they are also very good at conveying their ideas and messages entertainingly. Look at this compilation of Disney jokes about your favorite cartoon characters and laugh your socks off.

Why did Mickey go to outer space?
To find Pluto. 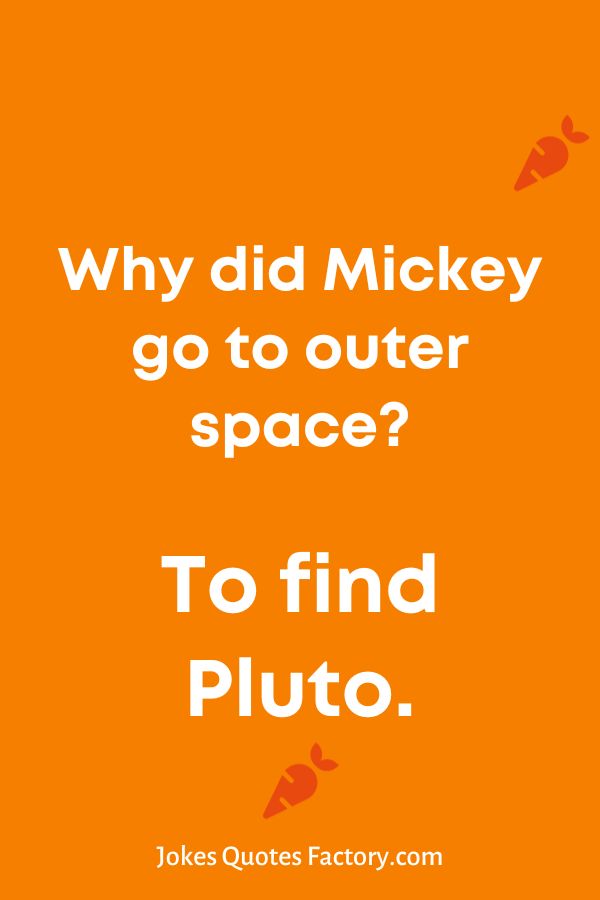 What does EPCOT stand for?
Every person comes out tired.

What does MGM stand for?
Mickey’s got money.

Which Disney Princess is a cow’s favorite?
Mulan. 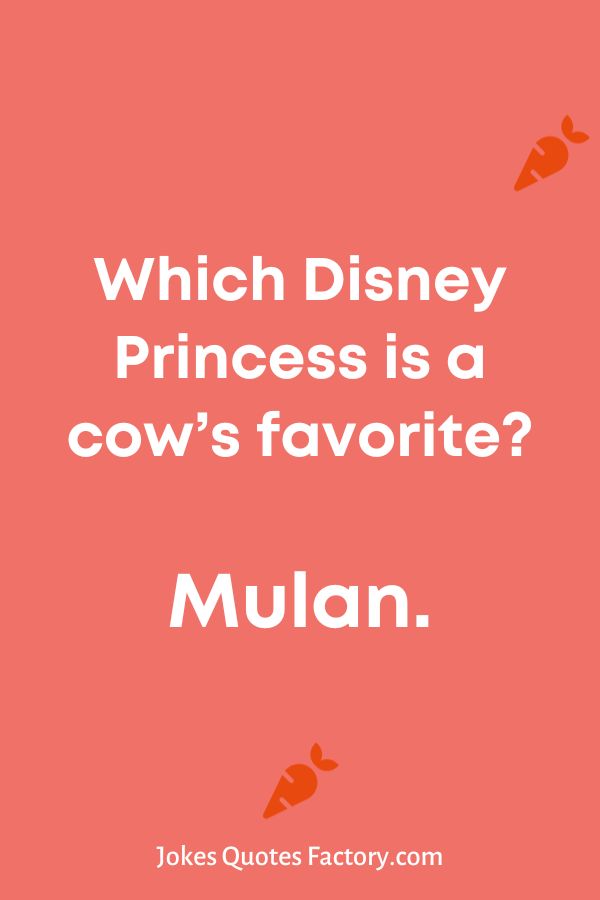 What does Mickey use to browse the web?
An iPad Minnie.

What did the 101 Dalmatians say after eating dinner?
That hit the spot.

Why was Cinderella bad at baseball?
Because she had a pumpkin for a coach. 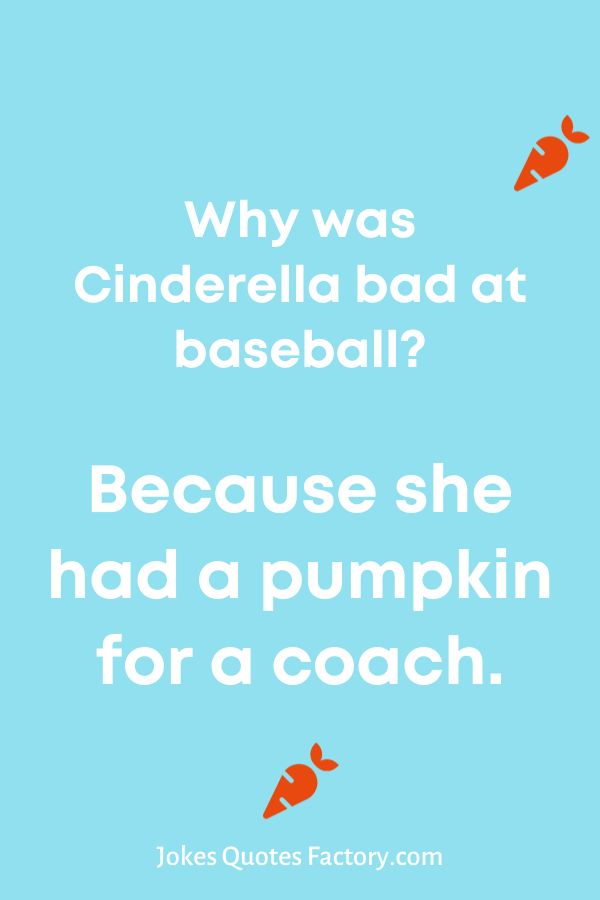 What do Viagra and Disney Land have in common?
They both cause you to stand around for an hour waiting for a two-minute ride.

What did Snow White say when her photos weren’t ready yet?
Someday my prints will come…

Which Disney character can count the highest?
Buzz Lightyear – he can count to infinity and beyond.

Why would Snow White make a good judge?
Because she’s the fairest one of all. 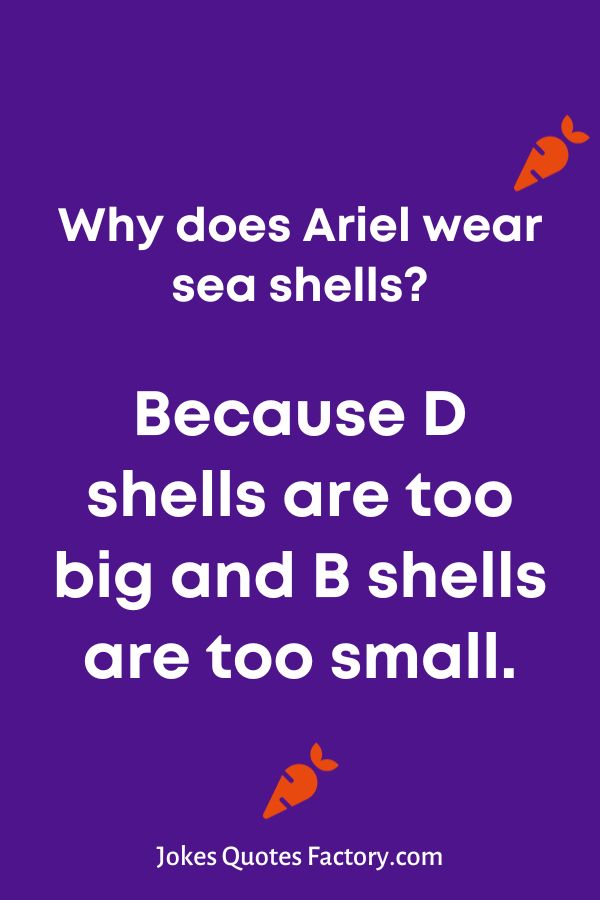 Why did the seven dwarves go to jail?
They sold all their gems for hi-hoes!

Why has Cinderella kicked off the soccer team?
Because she always ran away from the ball.

Why can’t Miss Piggy count to one hundred?
Because every time she gets to sixty-nine she gets a frog in her throat.

Is your name Winnie?
Because I want to stick it in your pooh! 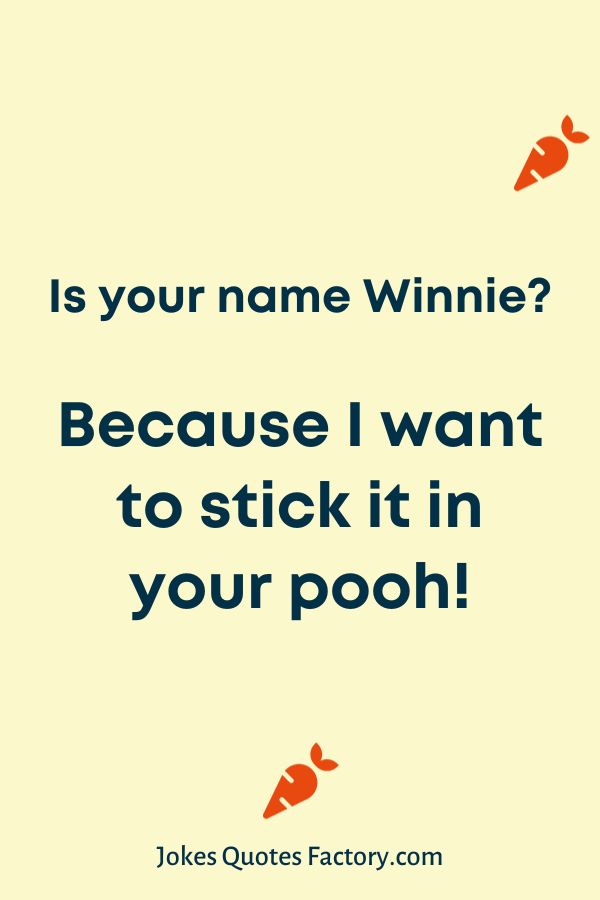 Why was Tigger in the bathroom for so long?
Because he had Pooh stuck inside him.

Why did Mickey Mouse get hit with a snowball?
Because Donald ducked.

How much did it cost Captain Jack Sparrow to have his ears pierced?
A buck an ear.

Why doesn’t Eeyore have any friends?
Because he plays with Pooh all day. 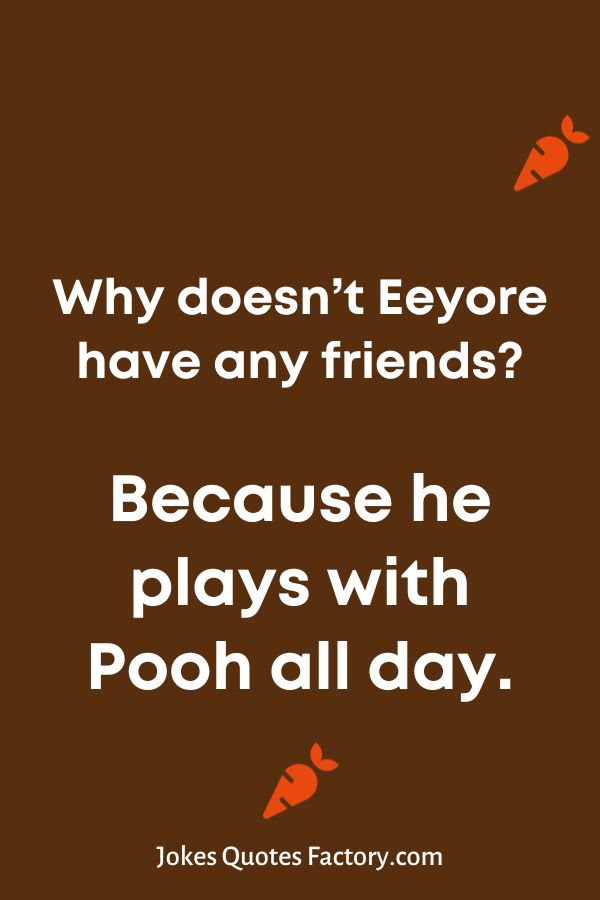 What did Genie say to Aladdin?
Rub me three times, and I will come.

How did Minnie save Mickey from drowning?
Mouse-to-mouse resuscitation.

Why are there no planes where Peter Pan lives?
Because there is a sign that says, “Never Neverland.”

Who’s the smartest Disney character?
Gaston – he won the no Belle prize.

What did Cinderella say to her prince?
“Want to see if it fits?” 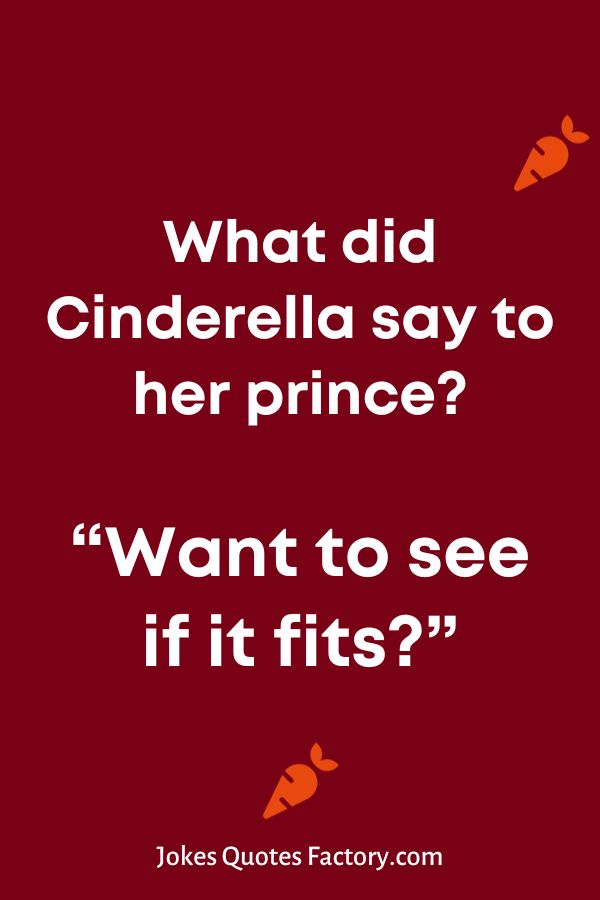 What do you call a stupid Disney character?
Dumbo.

What happens when Olaf throws a temper tantrum?
He has a meltdown.

Why was Anger so furious?
Because Sadness touched one of his balls. 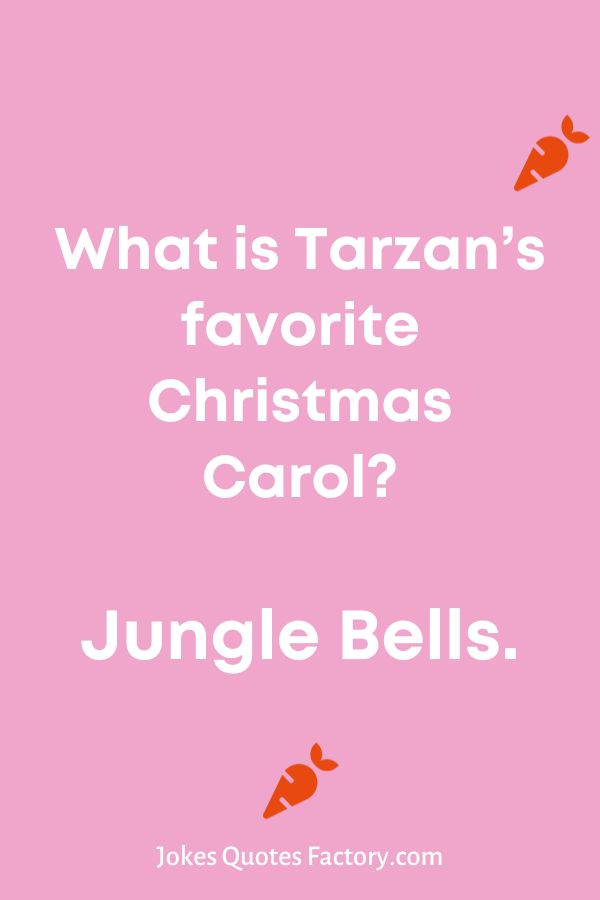 Hundreds of cartoons have dozens, if not hundreds, of jokes each, and we compiled all of our favorites into one best collection, so grab yourself a snack, sit back and enjoy this nice collection of some of the funniest comic and cartoon jokes.

This funny Cartoon joke is great to share with friends, and you can also post it on your social media profiles, such as Facebook and Twitter. Stay connected with us for more funny stories, jokes, cartoons, and much more.