It is so amazing that 4-year-olds can make you laugh out loud with their humorous personality and hilarious jokes. They effortlessly, freely, and easily deliver their funny jokes at the age of four. How incredible is that, right? Surely, these neat and easy-to-remember jokes will make your day complete and will make you roll your eyes the moment you hear them because it makes sense.

Be ready to get additional giggles with the best funny jokes for kids.

Easy Puns and Jokes for 4-year-olds

Children grow too fast. One moment you’re just changing their diapers and the next day they’re giving you funny puns and jokes that can make your whole day or can make you send them to preschool. Well, watching and learning from them is hilarious and remarkable. Try not to laugh, okay?

How do you start a teddy bear race? 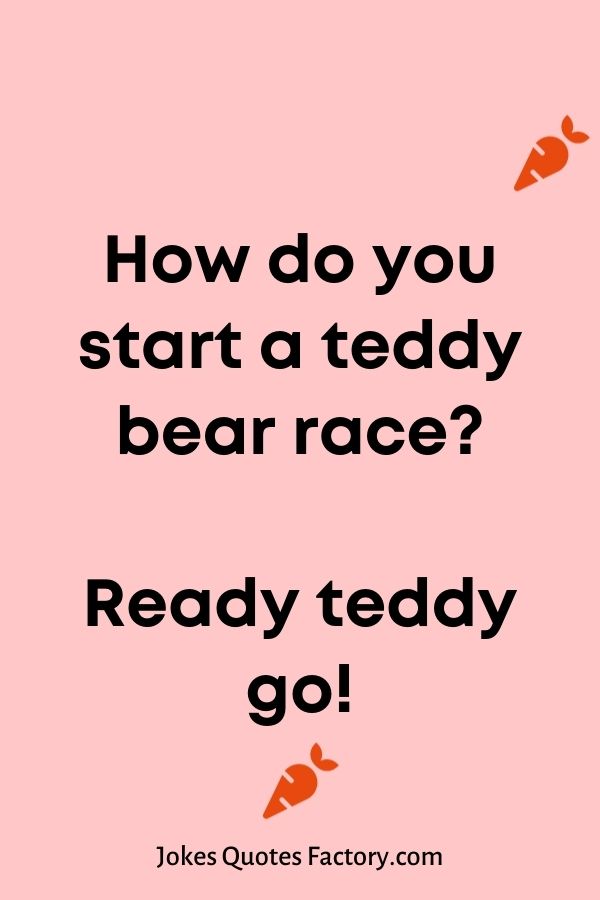 What do you call a blind dinosaur?

What do penguins wear on their heads?

How do you make toast in the jungle?

Put it under a Grilla.

What do you call a fairy that doesn’t like to shower?

What do you call a sleeping dinosaur? 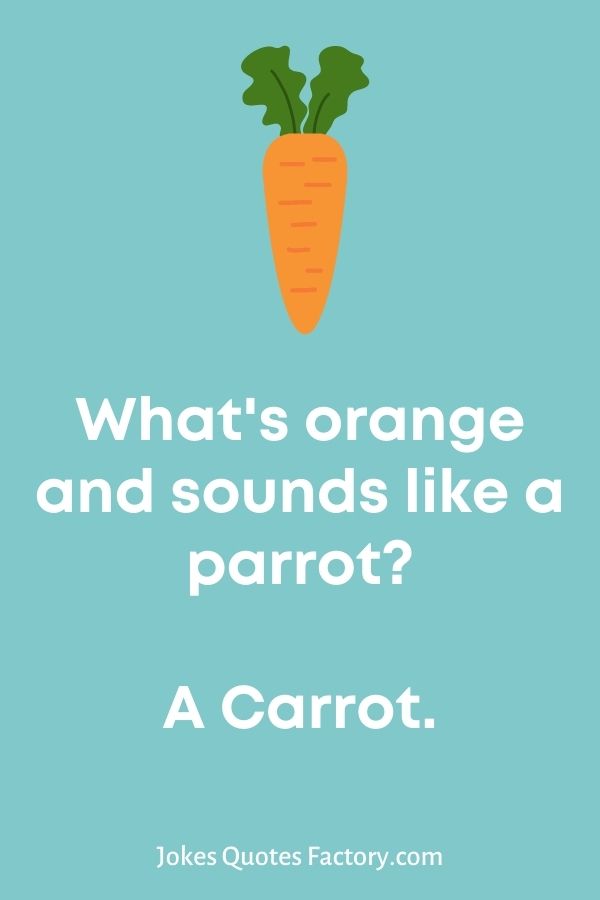 What is black and white and goes round and round?

A penguin in a tumble dryer.

How do all the oceans say hello to each other?

Where does the queen keep her armies?

What do you call a fly without wings? 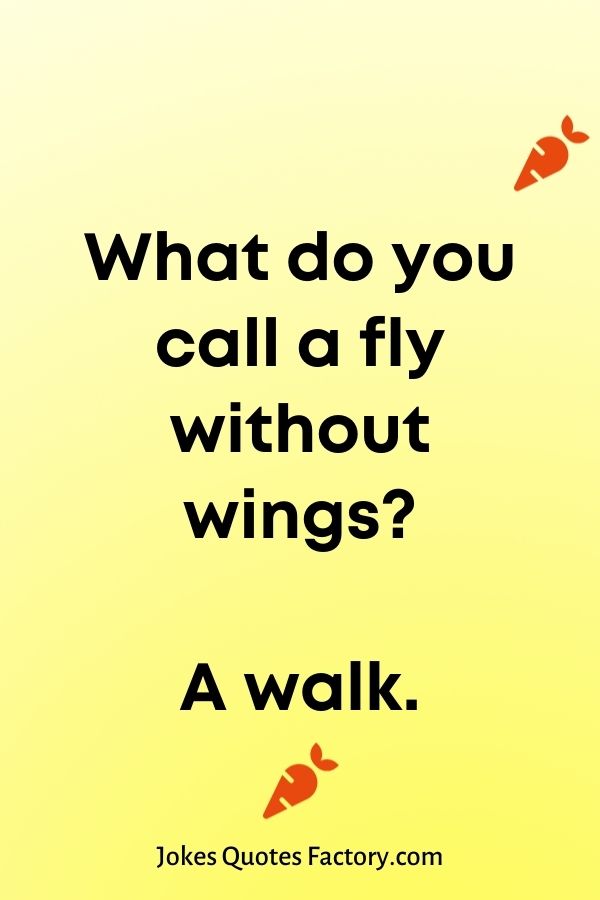 What did the policeman say to his tummy?

You’re under a vest!

What musical instrument is found in the bathroom?

Two pickles fell out of a jar onto the floor. What did one say to the other? 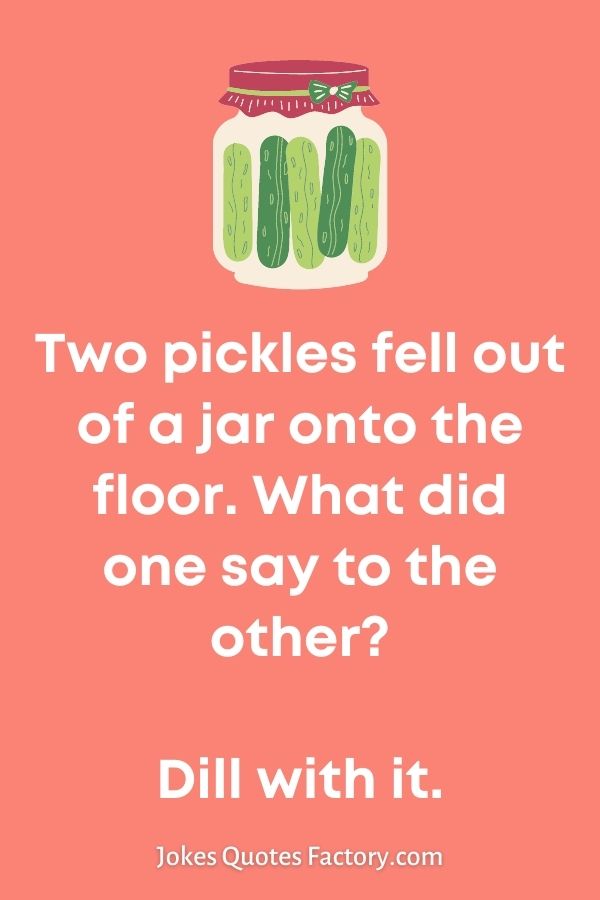 How does a cucumber become a pickle?

It goes through a jarring experience.

Why can’t Elsa from Frozen have a balloon?

Because she will “let it go, let it go.”

How does a scientist freshen her breath?

What did one plate say to the other plate?

Dinner is on me. 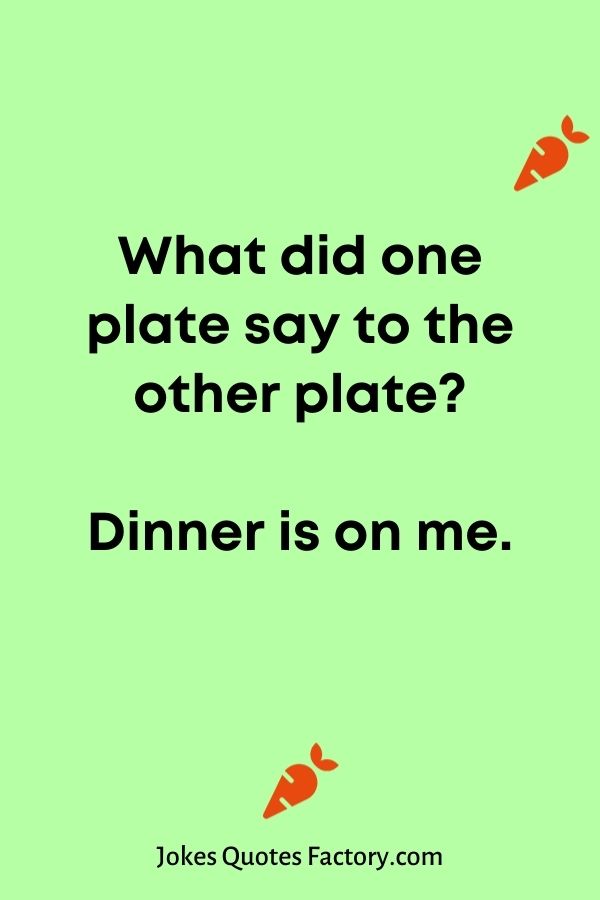 What did the limestone say to the geologist?

Don’t take me for granite.

What is fast, loud and crunchy?

What goes up but never comes down? 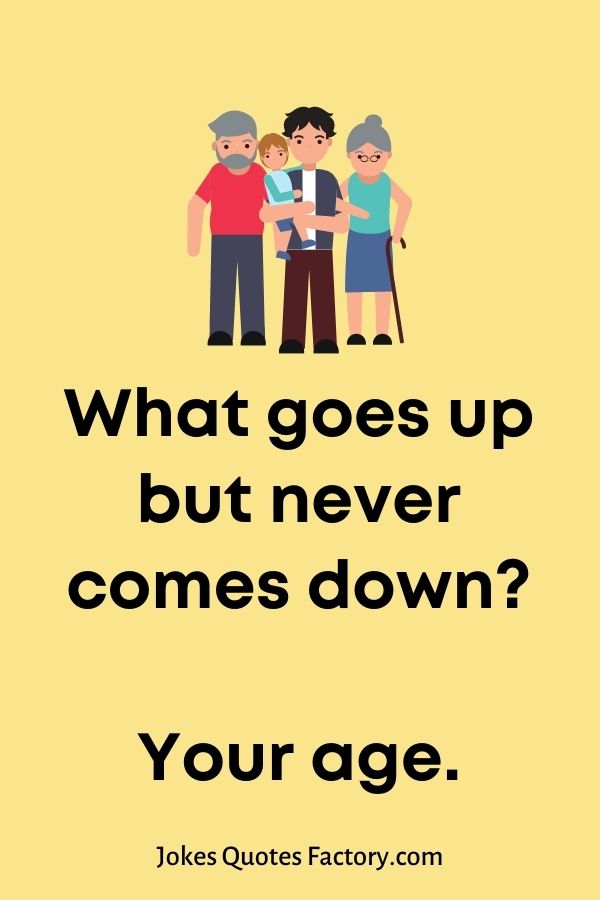 Yo Mama so small she has to slam-dunk her bus fare.

Yo Mama so old her memory is in black and white.

People always say you’re missing half of your childhood if you haven’t heard or gave a knock knock joke!

Have some more here: best jokes for kids

Knock, knock.
Who’s there?
A leaf.
A leaf who?
A leaf you alone if you leaf me alone. 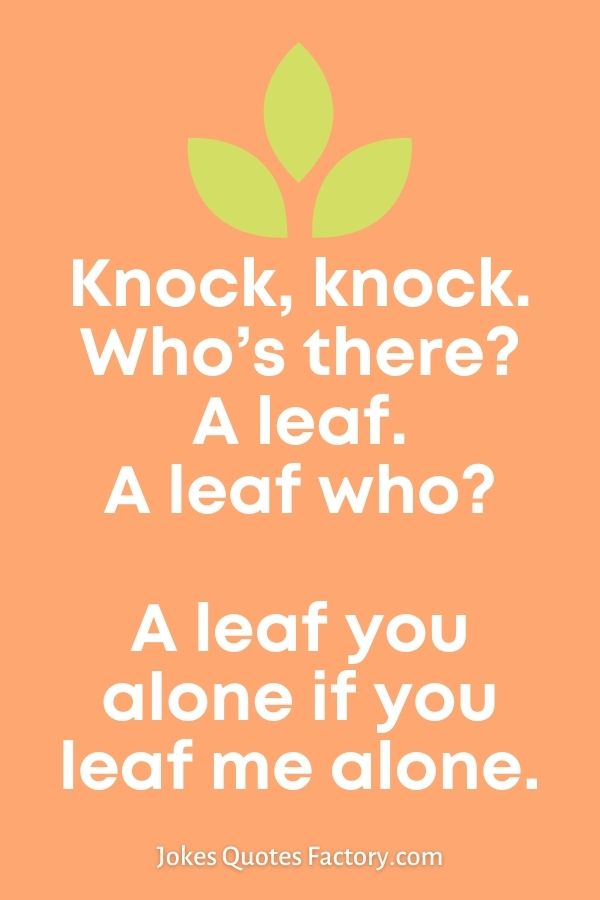 Knock, knock.
Who’s there?
Utah.
Utah who?
U-talking to me?

Knock, knock.
Who’s there?
Haven.
Haven who?
Haven you heard enough of these knock-knock jokes?

Knock knock.
Who’s there?
Daisy.
Daisy who?
Daisy me rolling, they hating…

Knock, knock.
Who’s there?
Kent.
Kent who?
Kent you tell by my voice?

Knock, knock.
Who’s there?
Scold.
Scold who?
Scold outside, let me in! 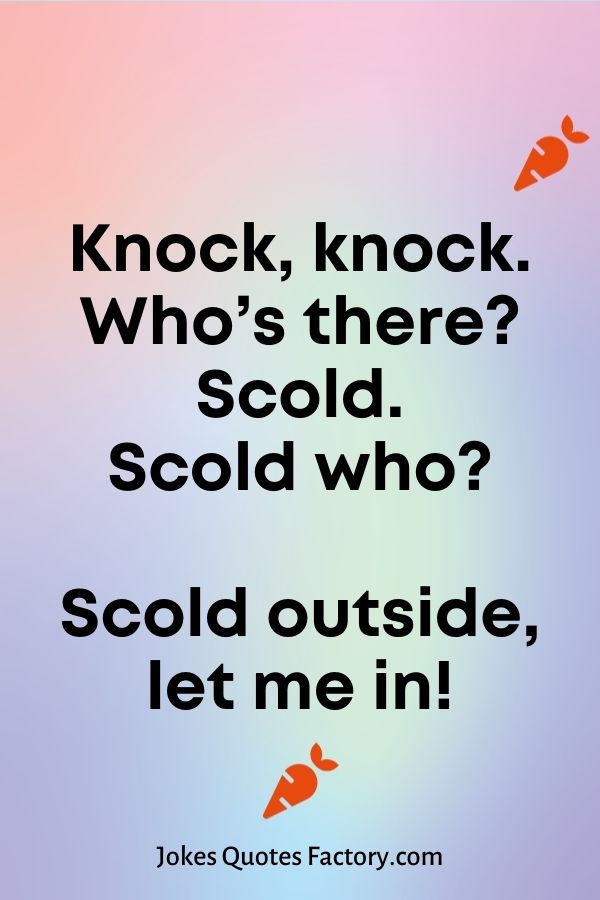 Knock, knock
Who’s there?
Cash
Cash who?
No thanks, but I’ll take a peanut if you have one!

Knock, knock
Who’s there?
Harry
Harry who?
Harry up and answer the door!

Those days when someone passed gas, it was really embarassing, but now, you can make it more funnier than ever. Poop jokes were really hilarious.

Where do Nomads poop?

Why are poop jokes second best?

Because they are a solid number two. 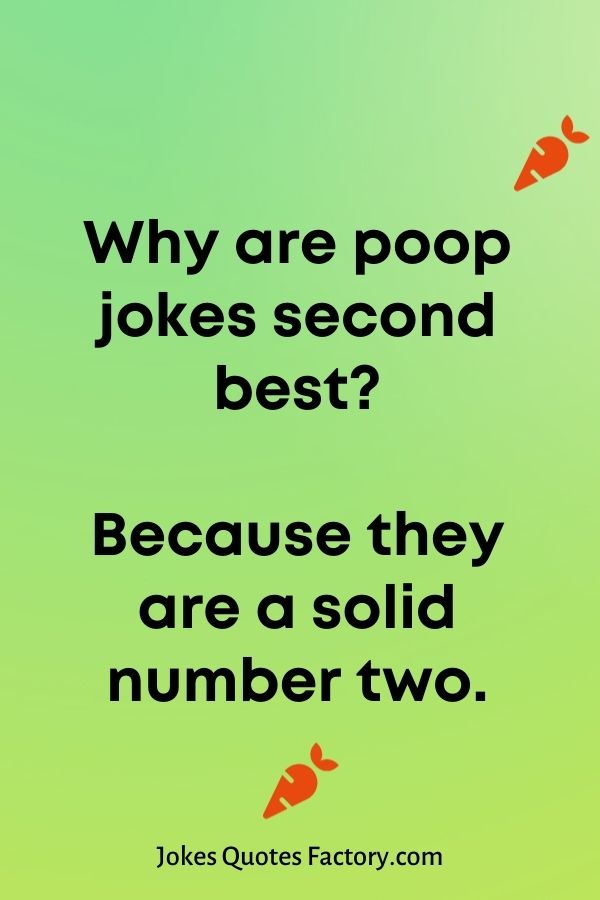 You are looking flushed.

Why is there a toilet near the garbage heap?

Everybody needs to take a dump.

Why are there no toilets installed in Hell?

It is damnation without any relief.

Why did the prankster put poo in the elevator?

Because he wanted to take his pranks to the next level.

What is something you never appreciate until it is gone? 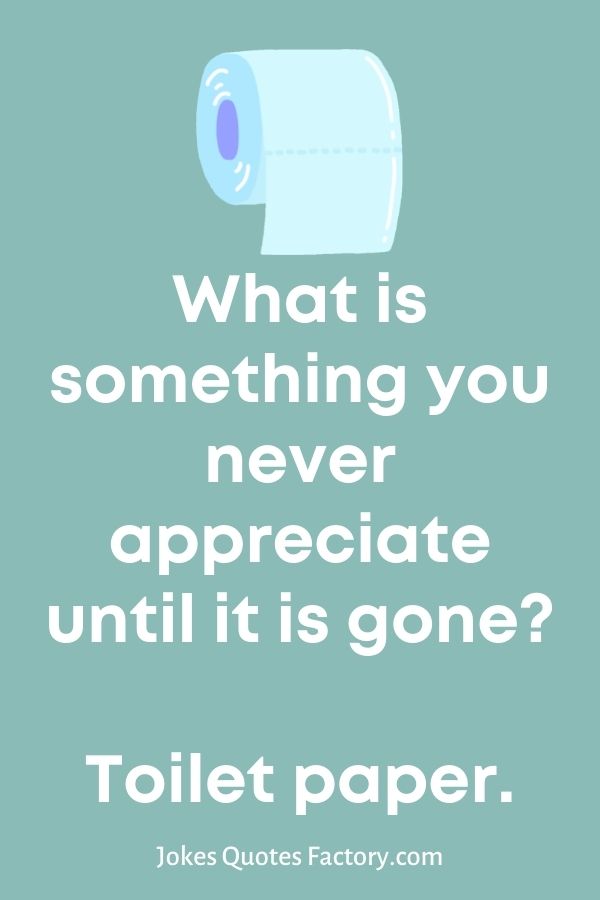 What is big and brown and falls from a wall?

Why did the baker’s hands stink?

He kneaded a poo.

Why was the cow afraid?

When does Denzel Washington usually need to hang out with the Rugrats?

What kind of jokes do poops enjoy? 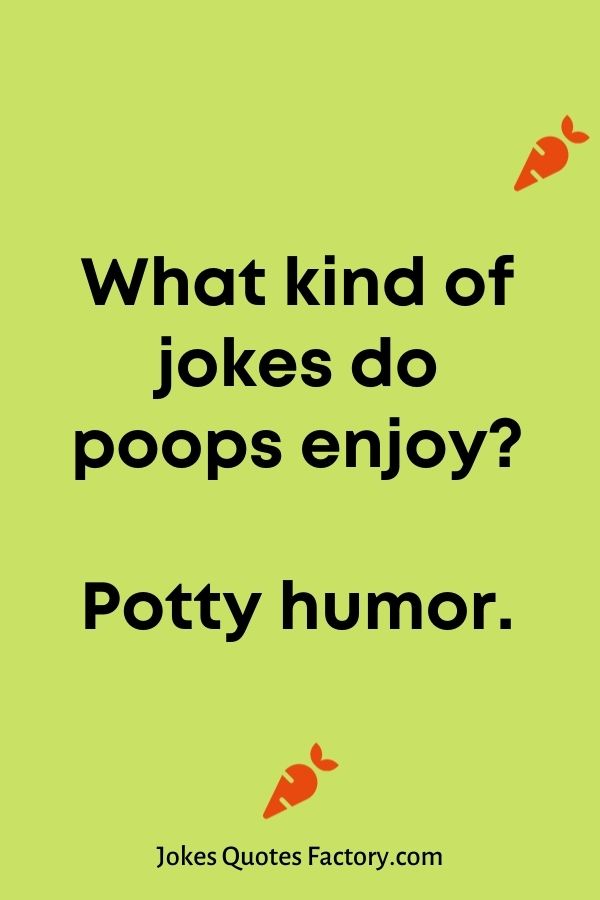 Kids learn more at school when it is learned fun in the house. You can also try our cat jokes and funny animal jokes.

What kind of sports cars do cats drive?

Where do fish keep their money?

In a river bank.

What wobbles in the sky?

What do you say to a rabbit on its birthday? 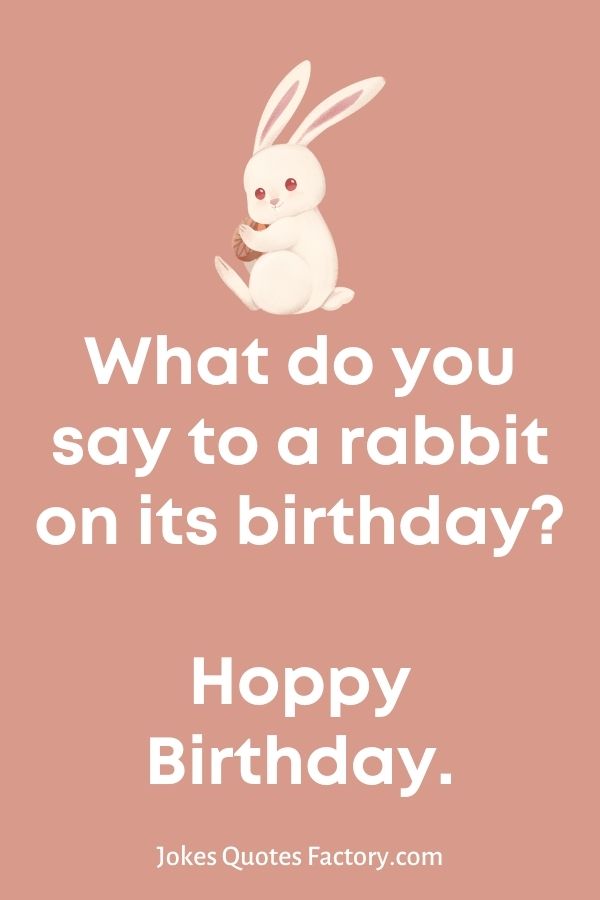 What is a toad’s favorite drink?

What is a shark’s favorite sandwich?

What do you call a donkey with three legs?

What do you call a fly without wings?

Where do milkshakes come from?

What did mama cow say to baby cow?

Why can’t a leopard hide?

What does the horse say when the bartender greets him by saying “hey”?

Who granted the fish a wish?

Where do you find a dog with no legs?

Where you left him.

What does a cow do for fun?

Why do giraffes have such long necks?

Because they have smelly feet.

What did the dog say when he sat on sandpaper?

Because they have collar IDs. 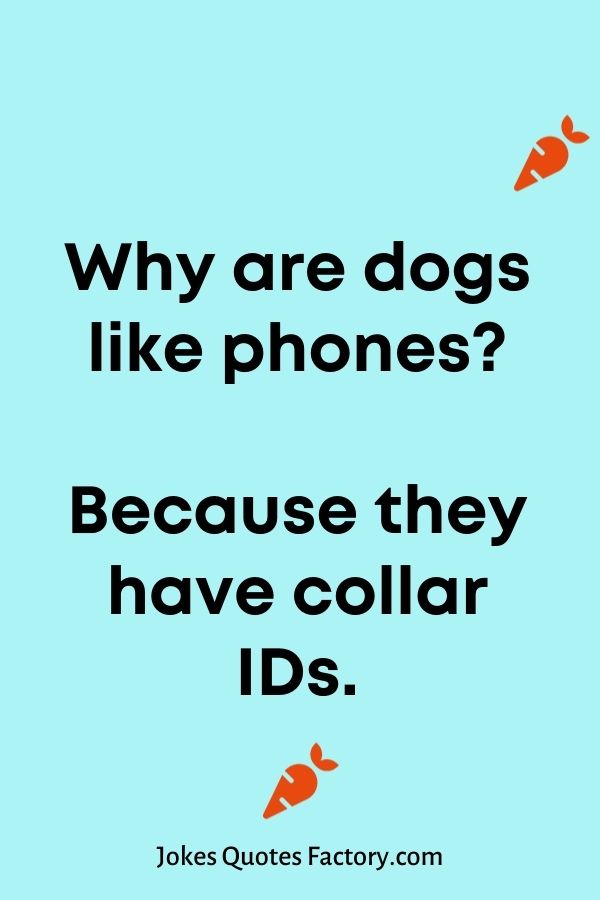 It’s a lot whole different story when a preschooler tells you a joke! It’s fun and cute too! You can also check the best baby jokes.

What do elves learn at school?

What do you call a train that sneezes?

Why was six scared of seven?

Why are pirates called pirates?

They come out at night. 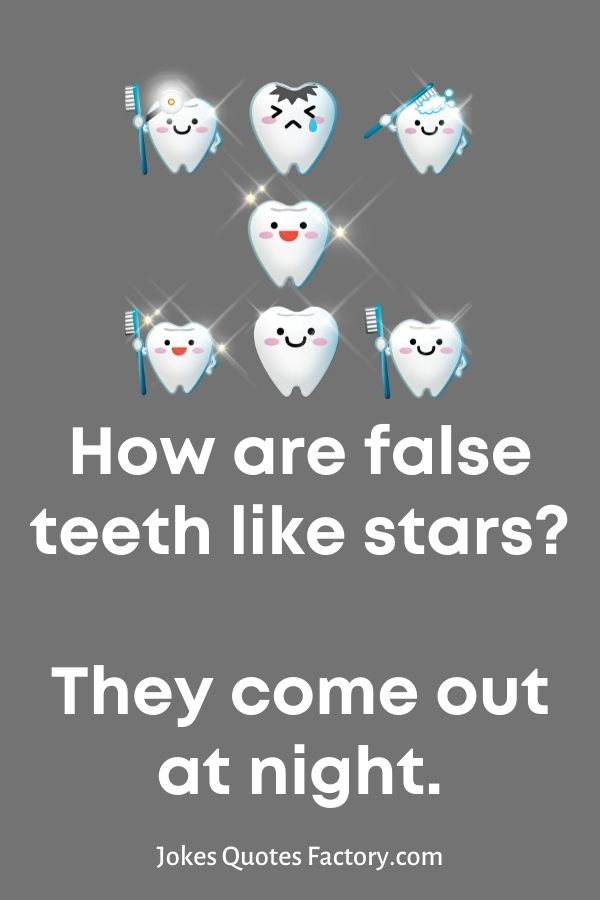 What building in your town has the most stories?

What did the Dalmatian say after lunch?

That hit the spot.

What falls in winter but never gets hurt? 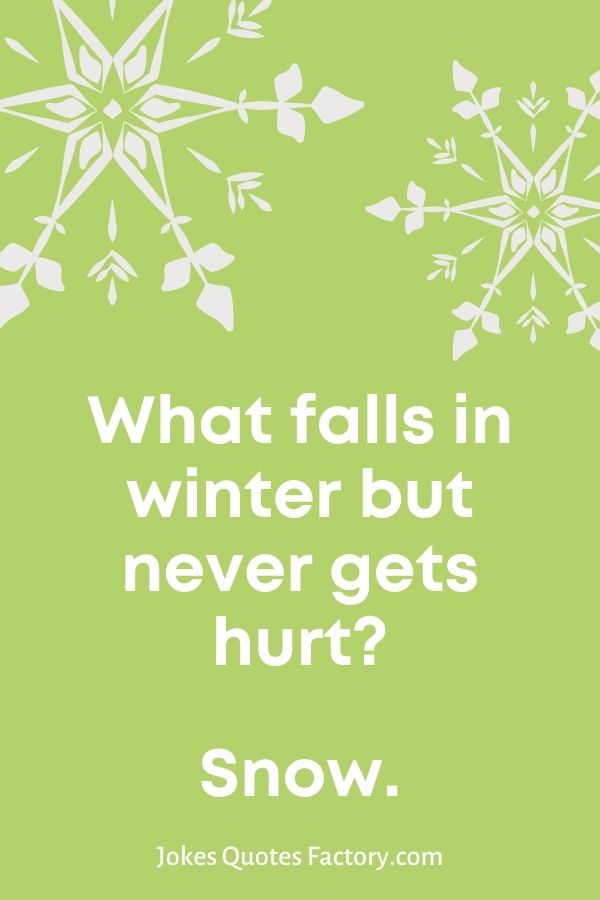 How does the moon cut his hair?

Why is the obtuse triangle always so frustrated?

How do you make a lemon drop?

What do you call guys who love math?

A good laugh always has a great term effects. Try these jokes for kids and kids at heart! Never miss laughing with your child and never miss them growing while being this so funny and humorous. Take some time to enjoy laughing with your kids while you’re on a vacation or having a family home evening! 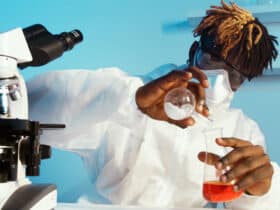